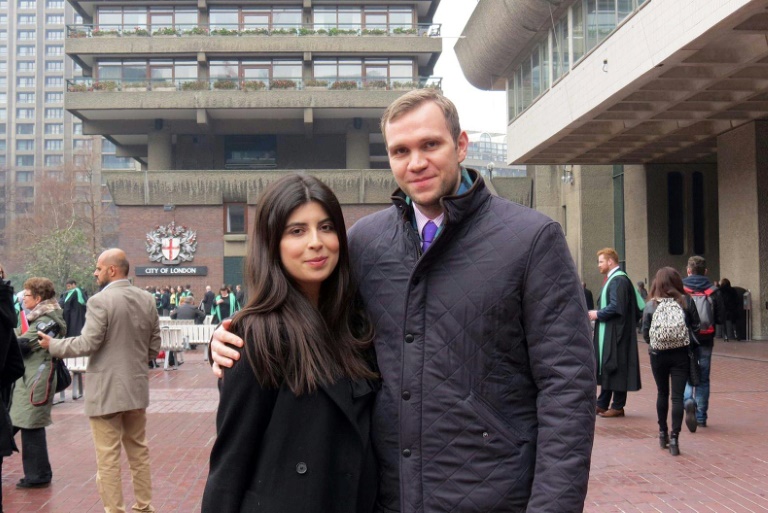 British academic Matthew Hedges returned to London on Tuesday, his family said, a day after the UAE pardoned his life sentence for spying in a case he described as “very surreal”.

“After almost seven months of detention, including six months in solitary confinement, British PhD researcher Matthew Hedges has returned safely back to London,” his family said in a statement.

Concluding an ordeal which stunned Britain, he was welcomed back to Britain by his wife Daniela Tejada and other members of his family.

“I don’t know where to begin with thanking people for securing my release,” Hedges said in the statement.

“I have not seen or read much of what has been written over the past few days but Dani tells me the support has been incredible.”

He thanked the British embassy in the United Arab Emirates, the Foreign Office and especially his wife for their efforts in securing his release.

“She is so brave and strong. Seeing her and my family after this ordeal is the best thing that could have happened,” Hedges said.

“I thank you all once again. This is very surreal.”

Britain thanked its Gulf ally after he was among more than 700 prisoners pardoned by UAE President Sheikh Khalifa bin Zayed Al-Nahyan for next month’s National Day.

The UAE showed footage at a news conference in the capital Abu Dhabi in which Hedges purportedly confessed to being an MI6 foreign intelligence agent.

“I am so happy to have my Matt home,” Tejada said on Tuesday.

“We are overjoyed and exhausted!

“Matt and I, as well as his family, really need some time to process everything that we have been through.

“No one should ever have to go through what he did and it will take him time to heal and recover. He is very overwhelmed. To say we are happy is an understatement.”

Hedges, a 31-year-old researcher at Durham University, was detained while researching the UAE’s foreign and internal security policies after the Arab Spring revolutions of 2011.

He was arrested on May 5 at Dubai airport.

He was sentenced to life in jail by a court in Abu Dhabi last week after he was convicted of spying for a foreign country.