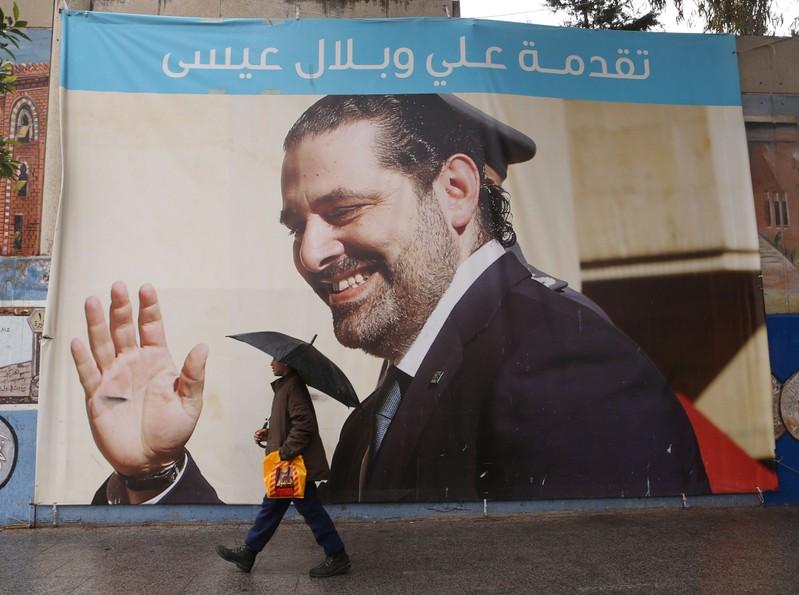 Hezbollah’s expanding power in Lebanon reflects a deepening of Iranian influence in an arc of territory from Tehran through Baghdad and Damascus that its foes Saudi Arabia and Israel have struggled to counter.

Deemed a terrorist organization by the United States, Iran-backed Hezbollah has assumed control of three ministries in the government led by the Western-backed Prime Minister Saad al-Hariri, the largest number of portfolios it has ever held.

The new government was formed on Thursday, ending nine months of wrangling.

The most significant portfolio under Hezbollah control is the Health Ministry, the first time Hezbollah has controlled a ministry with a big budget, though the Shi’ite doctor it picked for the job is not a party member.

More broadly, Hezbollah and its political allies from across Lebanon’s sectarian spectrum have emerged with more than half of cabinet’s 30 seats, reflecting a May parliamentary election which the group declared a victory.

Salem Zahran, an analyst with links to Hezbollah leaders, said the government would go down in its history as the “first big shift and the first step along a long road” towards more influence in government.

“This transformation is because Hezbollah has accumulated an excess of power after it has nearly finished with the military battles in Syria,” he said. “I believe that Hezbollah will build up even more involvement in the Lebanese state.”

Hezbollah, founded by Iran’s Revolutionary Guards in 1982, is by far the most powerful group in Lebanon. Its clout in the region has grown since it joined the war in Syria in support of President Bashar al-Assad.

Lebanese government posts are parcelled out according to a complicated sectarian system, capping how many any one group can hold. The post of prime minister is reserved for a Sunni Muslim, a job Hariri has now held three times because of his status as Lebanon’s leading Sunni.

But Hariri’s Sunni dominance was shaken by the May election in which he lost more than one third of his seats in parliament, many of them to Hezbollah-allied Sunnis. Hezbollah managed to secure a cabinet seat for one of its Sunni allies.

This is a big gain for Hezbollah and its allies who have long sought to erode the Sunni dominance built by the Hariri family after Lebanon’s civil war, with the backing of Riyadh.

As Hezbollah’s clout has grown, Saudi Arabia has turned its focus away from Lebanon to other parts of the region, weakening Hezbollah’s opponents who had benefited from its backing.

The most significant was giving the ground needed for Hezbollah’s Sunni ally to join the cabinet – a point of friction between the allies. But Aoun, who backs Hezbollah’s possession of weapons, still controls one third of the cabinet.

“This strategic imbalance confirms that Hezbollah’s influence in this government is stronger than in the previous one for sure. This absolutely cannot be denied,” he said.

This poses questions for the United States, whose Lebanon policy twins military aid to the Lebanese army and support for Hariri with growing pressure on Hezbollah through sanctions.

The US State Department said in a statement it was concerned that Hezbollah would continue to occupy ministerial positions and was allowed to name the health minister.

The United States has imposed new sanctions on Hezbollah as part of its strategy to counter Iran.

The frontpage headline of the pro-Hezbollah newspaper al-Akhbar said Hezbollah needed “a government amid the storm”.

“Hezbollah benefits today from the government led by Hariri specifically … because Hariri, with his Western and Gulf (Arab) facade could be a safety net or helper, keeping options open, when it comes to escalating American sanctions”, al-Akhbar wrote in its main story on the government.

A senior Western diplomat said Hezbollah’s opponents would keep a close eye on how Hezbollah manages the Health Ministry.

“The other parties will closely monitor the funds Hezbollah has in the ministry and will cry foul when something is happening, because they know the Americans are looking in the same direction.”

The new health minister, Jamil Jabak, has said his priorities include improving government hospitals and bringing down drug prices.