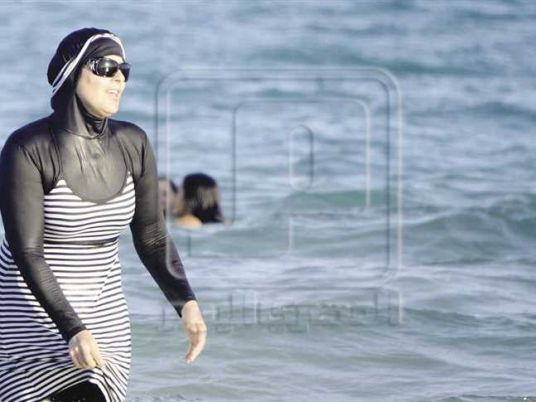 In a bid to support Muslim women who want their entire bodies covered during their participation in multiple sports competitions, especially swimming, the Amateur Swimming Association (ASA), responsible for developing the private swim laws in the UK, decided to allow the contestants to wear the Burkini swimwear.

The new decision came in response to the requests of many Muslim women in the UK as well as the Muslim Women's Sports Association.

Metro British newspaper highlighted the new law saying that Muslim swimmers can from now on freely wear the Burkini, which sparked controversy earlier in the UK, during swimming competitions.

The newspaper pointed out that the Amateur Association announced that they have amended their laws about women's swimming clothes, to provide the opportunity for all women to join in the competitions and special events across Britain.

It added though that the Olympics 2016 law had forced the ladies to show parts of their bodies, such as the shoulders to avoid hindering their movement during competitions.

Chris Bostock, chairman of the ASA sport governing board described the amendment as a “very positive step forward” for encouraging competitiveness in swimming in England. He hoped the step would encourage many more other sports decision-makers around the world to take similar decisions.

“We want everyone to be able to reach their potential," he added.

Rimla Akhtar, from the Foundation said that articipation in sport amongst Muslim women is increasing at a rapid pace.

“We thank the ASA for their leadership in this matter. We look forward to continuing to work together to ensure that this ruling is also adopted at the elite level both nationally and internationally," she said.