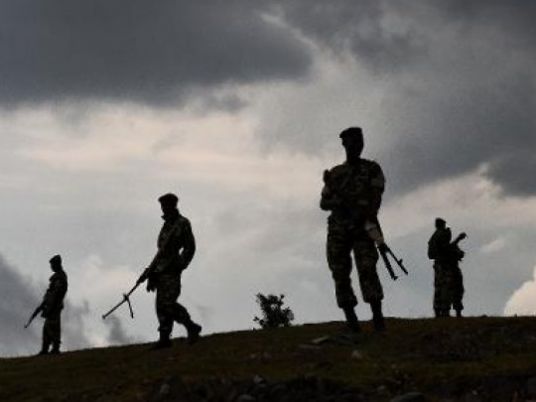 An opposition leader in Burundi voiced fears on Saturday of targeted killings by government forces as President Pierre Nkurunziza's deadline to give up firearms or risk being "dealt with as enemies of the nation" arrived.
At least 200 people have died and tens of thousands have left the country after months of violence and protests since Nkurunziza declared in April that he would seek a third term in office, which he then won in a contested vote in July.
Regional and world powers have grown increasingly concerned that the security situation in Burundi may presage a repeat of the ethnic violence that ended in genocide in neighbouring Rwanda in 1994.
"The police together with government militia are systematically exterminating opposition members," Charles Nditije, chairman of the opposition UPRONA party, said on Saturday.
Many people were leaving their homes in the capital Bujumbura on Saturday, a Reuters witness said, adding that some of them said they had been searched by members of a youth militia group wearing government-issue military uniforms.
On Friday the body of Welly Fleury Nzitonda, son of prominent human rights activist Pierre Claver Mbonimpa, was found in the capital Bujumbura, rights groups and witnesses said.
A police spokesman said it was believed that Nzitonda was shot by police along with three other armed men as they were about to throw grenades at the police.
Government officials could not be reached for comment.
But UN High Commissioner for Human Rights Zeid Ra'ad Al Hussein described Nzitonda's death as an assassination and voiced similar concerns to those of Nditije.
"This assassination reinforces fears that there is a systematic policy of targeting members of the opposition, journalists, human rights defenders and ordinary citizens perceived to be opposing the government," Al Hussein said in a statement.
UN spokesman Stephane Dujarric said that bodies of civilians had been discovered regularly around Bujumbura in recent weeks and that it appeared many had been "summarily executed."
Mbonimpa himself was attacked in August and is receiving treatment in Belgium. His son-in-law was also killed last month.
Nditije, one of the few opposition leaders who remains in Burundi, said he feared the government's stated goal of disarming the population would be used as an excuse to kill its opponents.
On Monday, Nkurunziza, a Hutu former rebel leader, set a Saturday deadline for Burundians to hand over all illegal firearms.
Tens of thousands of people have fled in recent months for Rwanda, which has a similar ethnic mix of Hutus and Tutsis, and other countries. Burundi is about 85 percent Hutu and 14 percent Tutsi.
UN Secretary-General Ban Ki-moon and the International Criminal Court joined expressed concern on Friday over the violence in Burundi and urged authorities to avoid further exacerbating tensions.
The United States and others have said they fear Saturday's deadline in particular could trigger bloodshed.
ICC Prosecutor Fatou Bensouda said anybody who incited acts of mass violence in Burundi was "liable to prosecution" in The Hague.