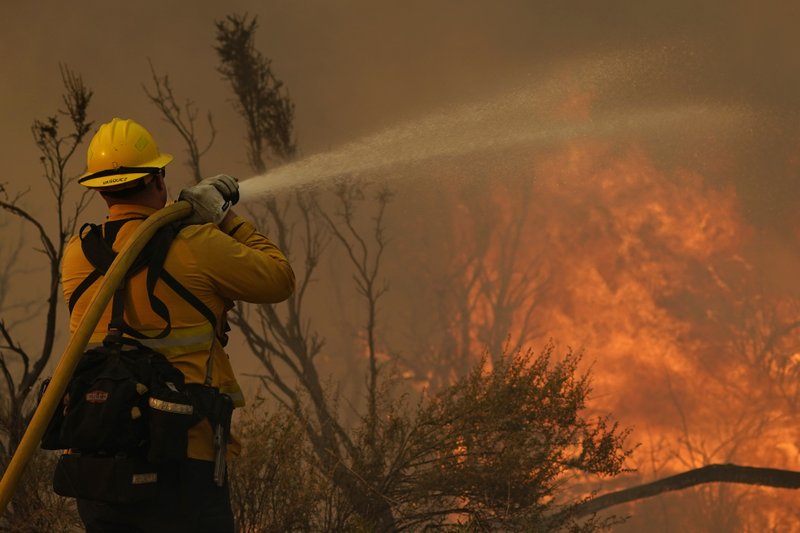 The blaze, known as the Bobcat Fire, is expected to grow through Sunday and Monday as critical fire weather conditions continued due to gusty wind and low humidity. Additional evacuation warnings were issued Sunday afternoon.

Firefighters were, however, able to defend Mount Wilson this weekend, which overlooks greater Los Angeles in the San Gabriel Mountains and has a historic observatory founded more than a century ago and numerous broadcast antennas serving Southern California.

The Bobcat Fire started September 6 and has already doubled in size over the last week — becoming one of Los Angeles County’s largest wildfires in history, according to the Los Angeles Times. No injuries have been reported.

The blaze is 15 percent contained as teams attempt to determine the scope of the destruction in the area about 50 miles (80 kilometers) northeast of downtown LA. Thousands of residents in the foothill communities of the Antelope Valley were ordered to evacuate Saturday as winds pushed the flames into Juniper Hills. 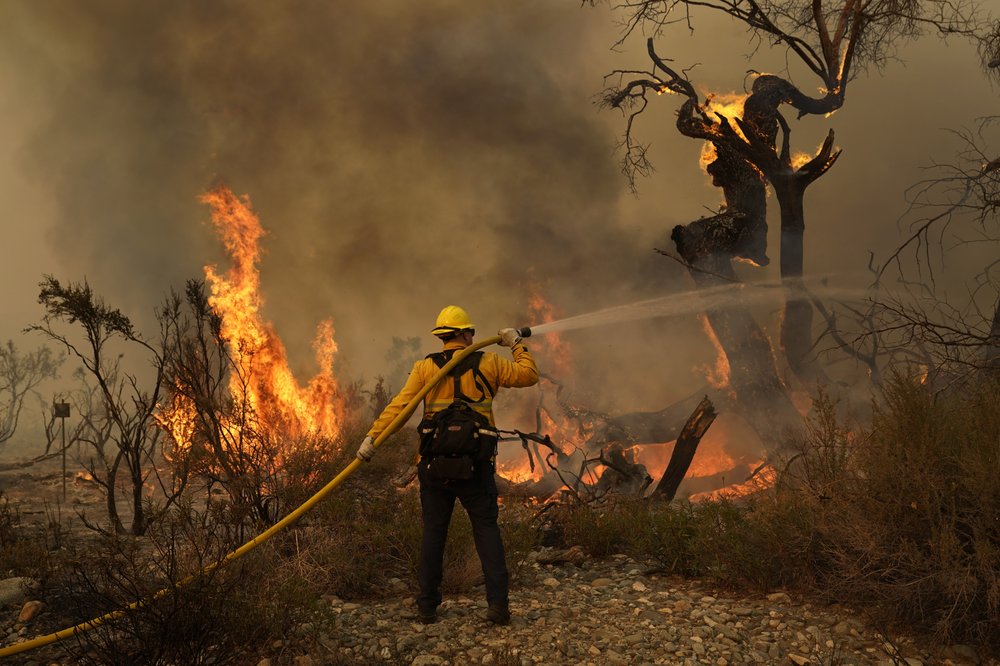 Roland Pagan watched his Juniper Hills house burn through binoculars as he stood on a nearby hill, according to the Los Angeles Times .

“The ferocity of this fire was shocking,” Pagan, 80, told the newspaper. “It burned my house alive in just 20 minutes.”

Resident Perry Chamberlain evacuated initially but returned to extinguish a fire inside his storage container, according to the Southern California News Group, and ended up helping others put out a small fire in their horse stall. 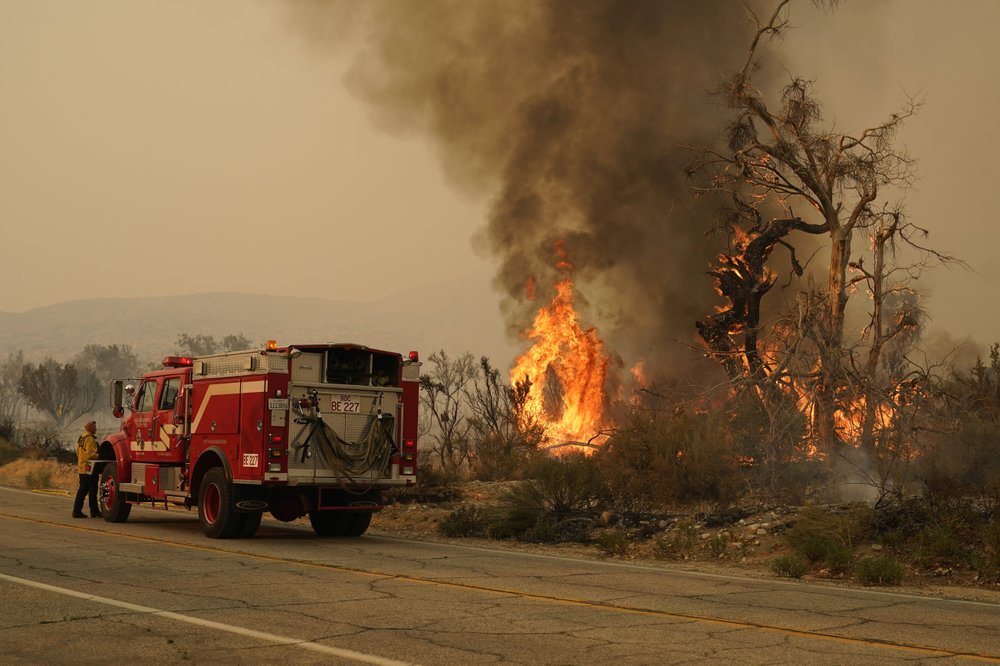 Chamberlain said Juniper Hills had been like a majestic “sylvan forest” but the fire burned the Juniper and sage brush and a variety of trees. 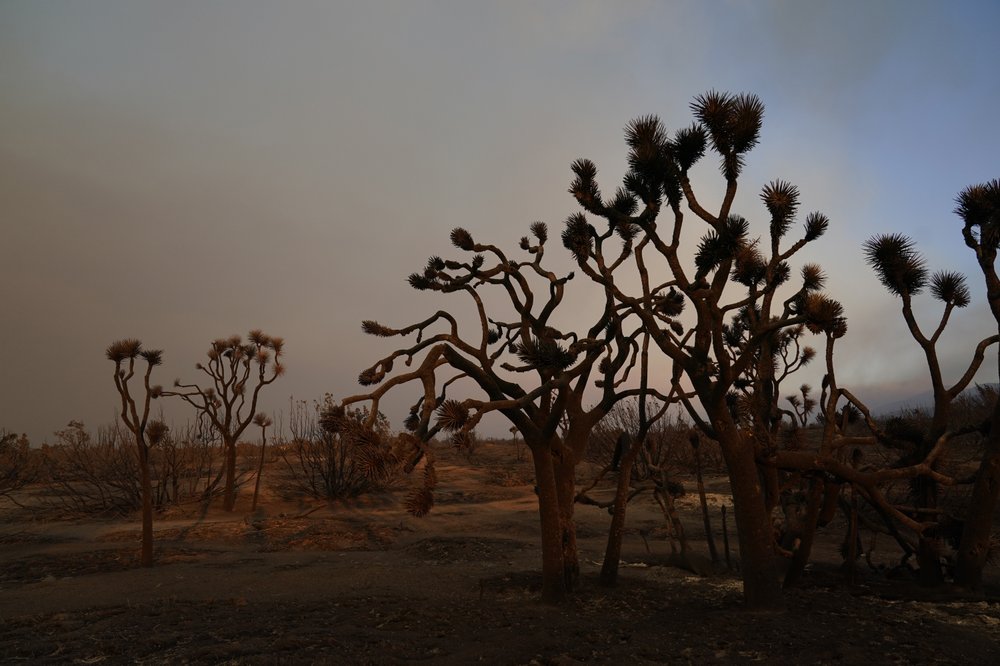 The wildfire also destroyed the nature center at Devil’s Punchbowl Natural Area, a geological wonder that attracts some 130,000 visitors per year.

Though the Bobcat Fire neared the high desert community of Valyermo, a Benedictine monastery there appeared to have escaped major damage, according to the Los Angeles Times.

Statewide, nearly 19,000 firefighters continue to fight more than two dozen major wildfires. More than 7,900 wildfires have burned more than 5,468 square miles (14,164 square kilometers) in California this year, including many since a mid-August barrage of dry lightning ignited parched vegetation. 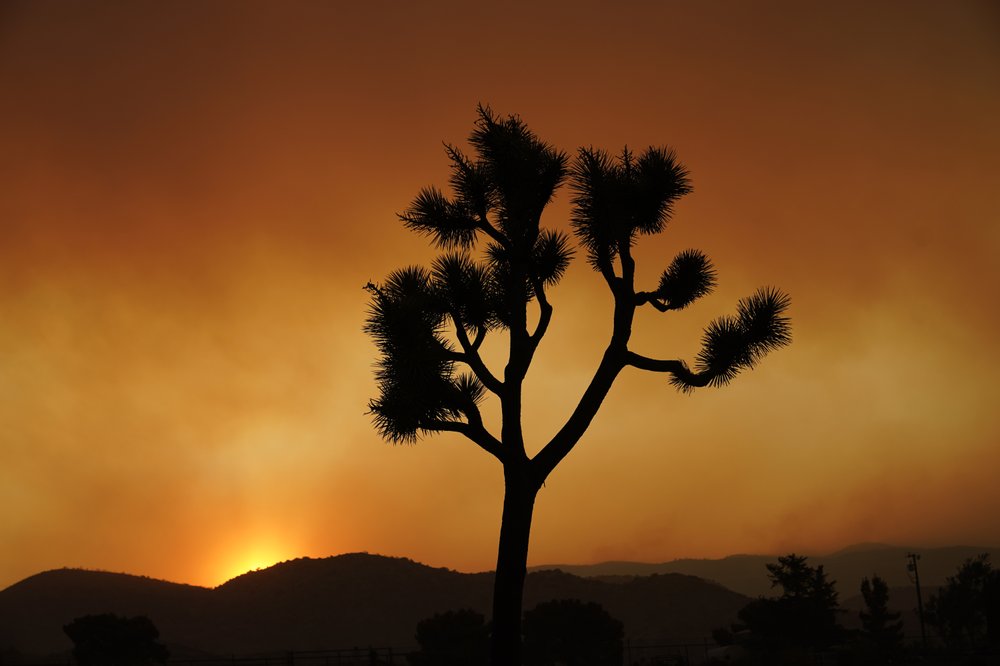 A Joshua tree is silhouetted in front of the Bobcat Fire at sunset Saturday, Sept. 19, 2020, in Juniper Hills, Calif. (AP Photo/Marcio Jose Sanchez)

Meanwhile, officials were investigating the death of a firefighter on the lines of another Southern California wildfire that erupted earlier this month from a smoke-generating pyrotechnic device used by a couple to reveal their baby’s gender.

The death occurred Thursday in San Bernardino National Forest as crews battled the El Dorado Fire about 75 miles (120 kilometers) east of Los Angeles, the US Forest Service said in a statement.

The name of the firefighter killed has not yet been released. A statement from the California Department of Forestry and Fire Protection, or Cal Fire, said it was the 26th death involving wildfires besieging the state. 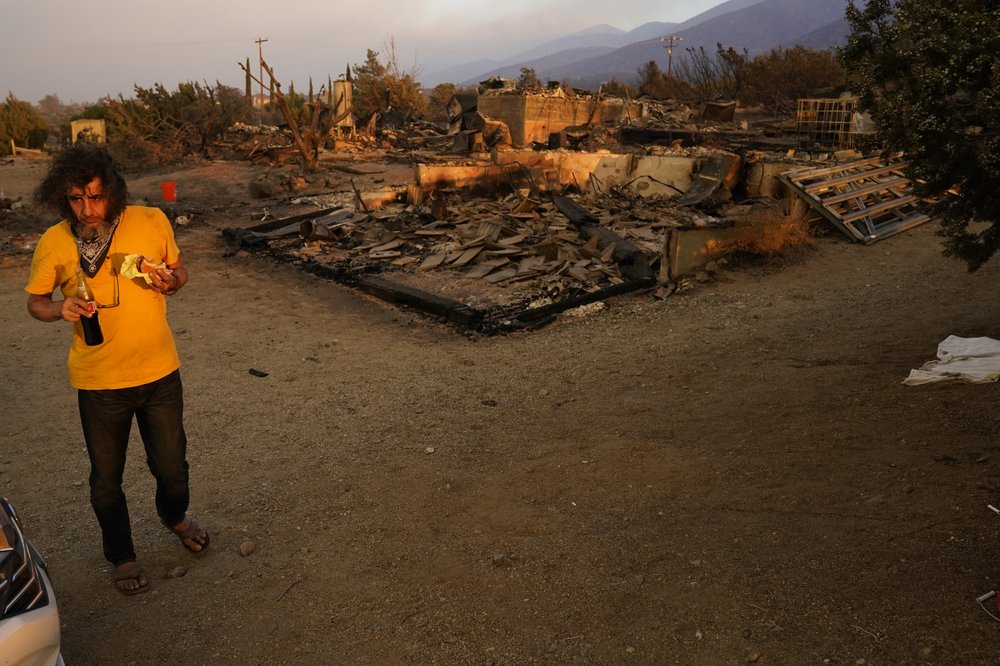 A homeowner, wishing not to be identified, stands in front of his fire-ravaged home Saturday, Sept. 19, 2020, after the Bobcat Fired passed through in Juniper Hills, Calif. (AP Photo/Marcio Jose Sanchez)

Authorities also have not released the identities of the couple, who could face criminal charges and be held liable for the cost of fighting the fire.

In Wyoming, a rapidly growing wildfire in the southeastern part of the state was closing in on a reservoir that’s a major source of water for the capital city, Cheyenne.

The water system remained safe and able to filter out ash and other burned material that flows through streams and reservoirs after wildfires, said Clint Bassett, water treatment manager for the Cheyenne Board of Public Utilities. 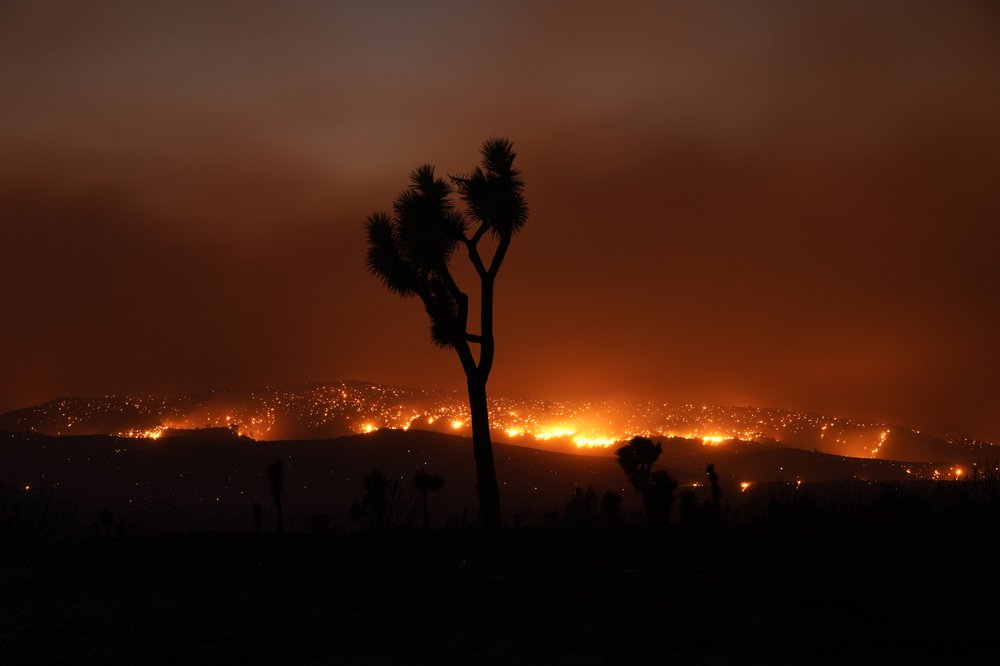 ‘Nothing left in the bucket’: Wildfire resources run thin