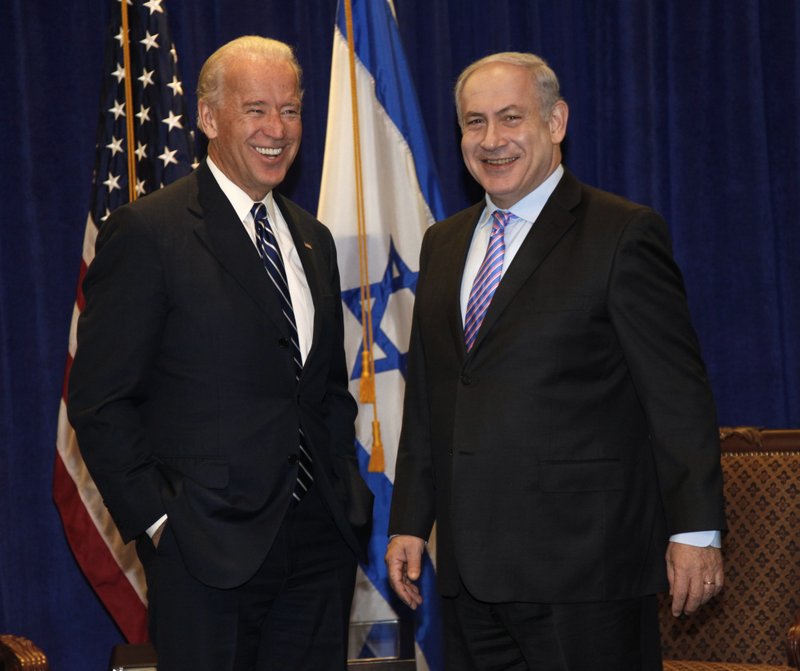 Israelis are expressing growing concern that President Joe Biden has yet to call Prime Minister Benjamin Netanyahu following his inauguration. Some fear that it could forecast a chillier relationship between the two close allies after President Donald Trump’s warm embrace.

The United States is Israel’s closest ally, providing about $3.8 billion in annual military aid and shielding it from censure in international forums over its policies toward the Palestinians.

Netanyahu, who faces a tough battle for reelection in March, has long boasted of his close relations with American presidents and other world leaders. He’s also hoping to dissuade Biden from rejoining the Iranian nuclear deal, to which Israel is strongly opposed.

Netanyahu dismissed any talk of a rift earlier this week, noting that he spoke with Biden during the transition and saying he expects to hear from the president once he works his way over to the Middle East after speaking to North American and European leaders.

“Our alliance is strong, even if we do not agree on everything,” Netanyahu said.

Secretary of State Antony Blinken struck a similar note when asked about the lack of a call earlier this week in an interview with CNN’s “Situation Room,” saying he had spoken to his own Israeli counterparts since being sworn in.

“I’m sure that they’ll have occasion to speak in the near future,” he said of Biden and Netanyahu.

The longer it drags on, the more Israelis risk looking desperate.

Danny Danon, the former Israeli ambassador to the UN, on Wednesday tweeted a list of 10 countries that he said had received calls from Biden.

“Might it now be time to call the leader of #Israel, the closest ally of the #US?” he tweeted, along with a phone number for the prime minister.

Netanyahu had a rocky relationship with President Barack Obama, who repeatedly clashed with the Israeli leader over the conflict with the Palestinians and the Iran nuclear deal. Many Israelis fear that Biden, who served as Obama’s vice president, will revive his approach to the region, both by returning to the Iran deal and by pressing Israel to make concessions to the Palestinians.

Trump, in sharp contrast, broke with decades of US policy to extend support for Israel, recognizing contested Jerusalem as its capital, dropping objections to West Bank settlements and promoting a peace plan that overwhelmingly favored Israel. He also withdrew the US from the nuclear deal and ramped up sanctions on Iran, which Israel sees as its greatest threat.

Yossi Melman, a columnist for Israel’s Haaretz newspaper, said the “thundering silence” is of great significance to Netanyahu, who uses such conversations “for creating the impression that he has no equal in cultivating the two countries’ special relationship.”

“Biden and his aides aim to tell Netanyahu: ‘You’re nothing special, you’re not an only child. The personal connection and chemistry you had with Donald Trump not only fail to advance your standing in Washington, they’re an obstacle.’” Melman wrote.

Many argue, however, that the underlying relationship between the two countries is much stronger than any personal chemistry.

“Does this have some symbolic significance? Yes. Is it a thinly disguised message of discontent? Perhaps. Does it have any substantive importance? Absolutely not,” Alon Pinkas, the former Israeli consul general in New York, wrote in Haaretz last week, when it had only been 14 days.

“In the end, a call is just a call, and it will inevitably take place in a matter of days. What will define the relationship and the possible points of friction is policy substance and the style of dialogue, not when Biden first called Netanyahu.”

US plans to reengage with UN rights council, reversing Trump