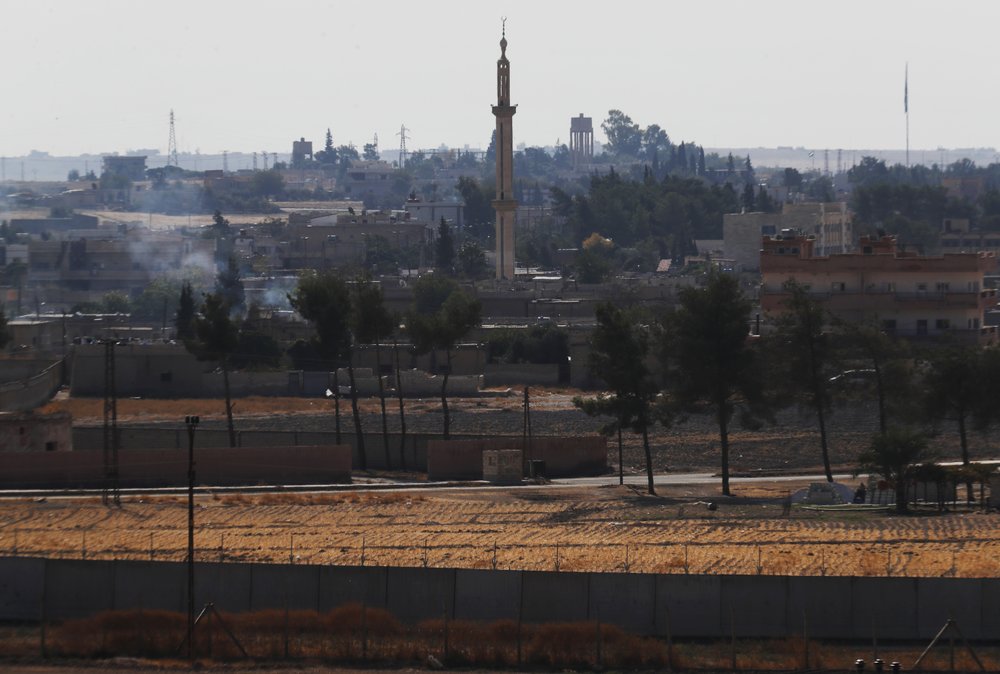 Northern Syria has been hit by several explosions that have killed and wounded scores of people over the past month. That’s since Turkey began a military operation against Kurdish fighters in the wake of President Donald Trump’s decision to pull the bulk of American troops out of northern Syria.

The Britain-based Syrian Observatory for Human Rights reported that 14 people, including nine civilians, were killed Saturday the town of al-Bab in Aleppo province. The Aleppo Media Center, an activist collective, said 12 people were killed in the blast in a busy part of town near a bus station.

It is not uncommon for reports to give differing casualty figures in the immediate aftermath of this kind of attack.

No one claimed responsibility for the attack.

Turkey-backed opposition fighters took control of parts of Aleppo province, including the towns of al-Bab and Afrin, in previous military offensives in 2016 and 2018, respectively.

The past month’s attacks have come amid an expanding Turkish invasion of into northeast Syria against Kurdish-held towns and villages along a stretch of the border.

Three car bombs went off Monday in the northeastern Syrian town of Qamishli near the border with Turkey, killing at least six people, according to activists and Syria’s state news agency SANA.

On Nov. 2, a car bomb killed 13 people in the northern Syrian town of Tal Abyad, which is also held by Turkey-backed opposition fighters.

Turkish forces have consolidated control over a stretch of the border running 120 kilometers (70 miles) wide and 30 kilometers (20 miles) deep into Syria. They have also kept up pressure outside that area, fighting with Kurdish forces on the edges.

Syrian government forces and their Russian allies have moved into other parts of the border under a Russian-Turkish deal.