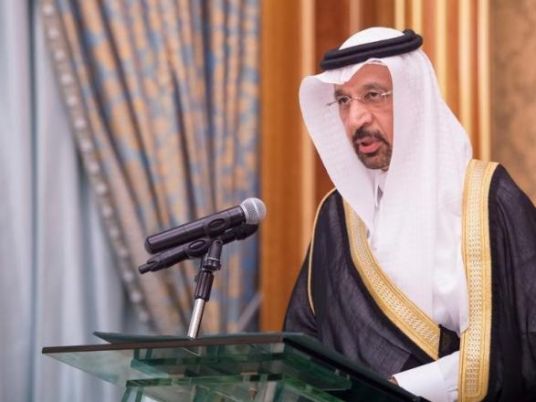 For those seeking guidance on Saudi Arabia's thinking regarding the future of OPEC, the last few weeks' agenda of the new Saudi energy minister, Khalid al-Falih, might offer a few clues.

Since his appointment on May 7 as head of a new mega-ministry — overseeing energy, industry, mining, atomic power and renewables — Falih has toured six state firms, met the South Korean premier, the Canadian foreign minister and Gulf industry ministers, and opened a gas turbine plant.

To fellow members of the Organization of the Petroleum Exporting Countries, that speaks volumes. Unlike his predecessor Ali al-Naimi, Falih may not have much time for OPEC. The group meets on June 2, its first talks with the new minister in attendance.

For oil-price hawks such as Iran, Algeria and Venezuela, fears are growing that the 56-year-old OPEC is losing its role as an output-setting cartel and turning into a talking shop.

"Saudi Arabia killed OPEC and buried it," a senior OPEC source from a non-Gulf producer said.

"In OPEC, they go for [including] Indonesia and Gabon to convert OPEC to a forum," the source said, referring to OPEC's decision, supported by Riyadh, to include minor producers.

As a historic reminder, OPEC last decided to change output in December 2008, when it cut supply amid slowing demand due to a global financial crisis. Between 1998 and 2008, OPEC made 27 changes to output.

For decades, Saudi Arabia, Vienna-based OPEC's largest producer and de facto leader, had a preferred range for oil prices and, if unhappy, would try to orchestrate a group-wide production cut or increase.

But a technology-driven spike in non-OPEC output such as that of U.S. shale and growing fuel efficiency led Riyadh to conclude that the era of fast oil growth might be ending.

Hence, in the past two years Riyadh has stuck to a strategy of fighting for market share, thinking that pumping more oil now at low prices is better than producing less in the future.

Many OPEC members — apart from Riyadh's allies in the Gulf, such as Qatar, Kuwait and the United Arab Emirates — were unprepared for that shift, with their finances crippled by heavy debts and stagnant production.

Venezuela and Nigeria pressed Saudi Arabia to agree to price-boosting output cuts, and even Riyadh's arch-rival Iran is signaling it will be ready for renewed dialogue on freezing production once it reaches pre-sanctions levels.

"Of course, the issue of the role of OPEC can be raised. Some members want OPEC to play a more significant role in managing the market," said an OPEC delegate from one of the main producing countries in the Middle East.

Earlier this year, Iran refused to join an initiative to freeze output but signaled it would be part of a future effort once its production had recovered sufficiently.

An OPEC watcher said: "Other producers are going to want to come and revive the freeze agreement. Iran is now at pre-sanctions levels. And though the worst has been avoided, the reality is that many of these producers remain under real stress."

Saudi and Iranian OPEC delegates clashed earlier this month over long-term strategy, with Riyadh saying OPEC should not manage the market and Tehran arguing that the group had been created to perform precisely that task.

The tensions come amid a backdrop of worsening relations between Riyadh and Tehran, which are fighting proxy wars in the Middle East, including in Yemen and Syria.

To be sure, OPEC has weathered internal strife and conflict before – such as in the 1980s, when Iran and Iraq were at war. It has been through periods that saw it fail to influence prices such as the 1990s – only to return and control the market.

Falih's tasks – his ministry is to oversee half of the economy, not to mention plans for a share listing in state oil giant Saudi Aramco – are likely to divert more of his time away from OPEC.

"That is going to keep Falih busy and I imagine his priorities will be economic reforms and integrating new portfolios," said Richard Mallinson, geopolitical risk analyst at the think-tank Energy Aspects.

OPEC has no supply target. At its last meeting in December the group scrapped its output ceiling of 30 million barrels per day, which it had been exceeding for months.

OPEC sources and analysts say they expect the group's meeting next Thursday simply to roll over output policy, which OPEC lacks anyway as its members pump at will.

"I don't think there will be a change in position. There will be no agreement on an output freeze," said another OPEC delegate from a key Middle East oil producer.

For a busy man such as Falih, long discussions among fellow ministers with no guaranteed serious outcome might seem pointless.

So could he simply stand up and say Saudi Arabia sees no need to remain part of OPEC?

"Leaving international groups isn't something most countries do lightly. I don't believe the Saudis think OPEC will never be relevant again. Plus, it is hard to see what they would stand to gain from it," Mallinson said.