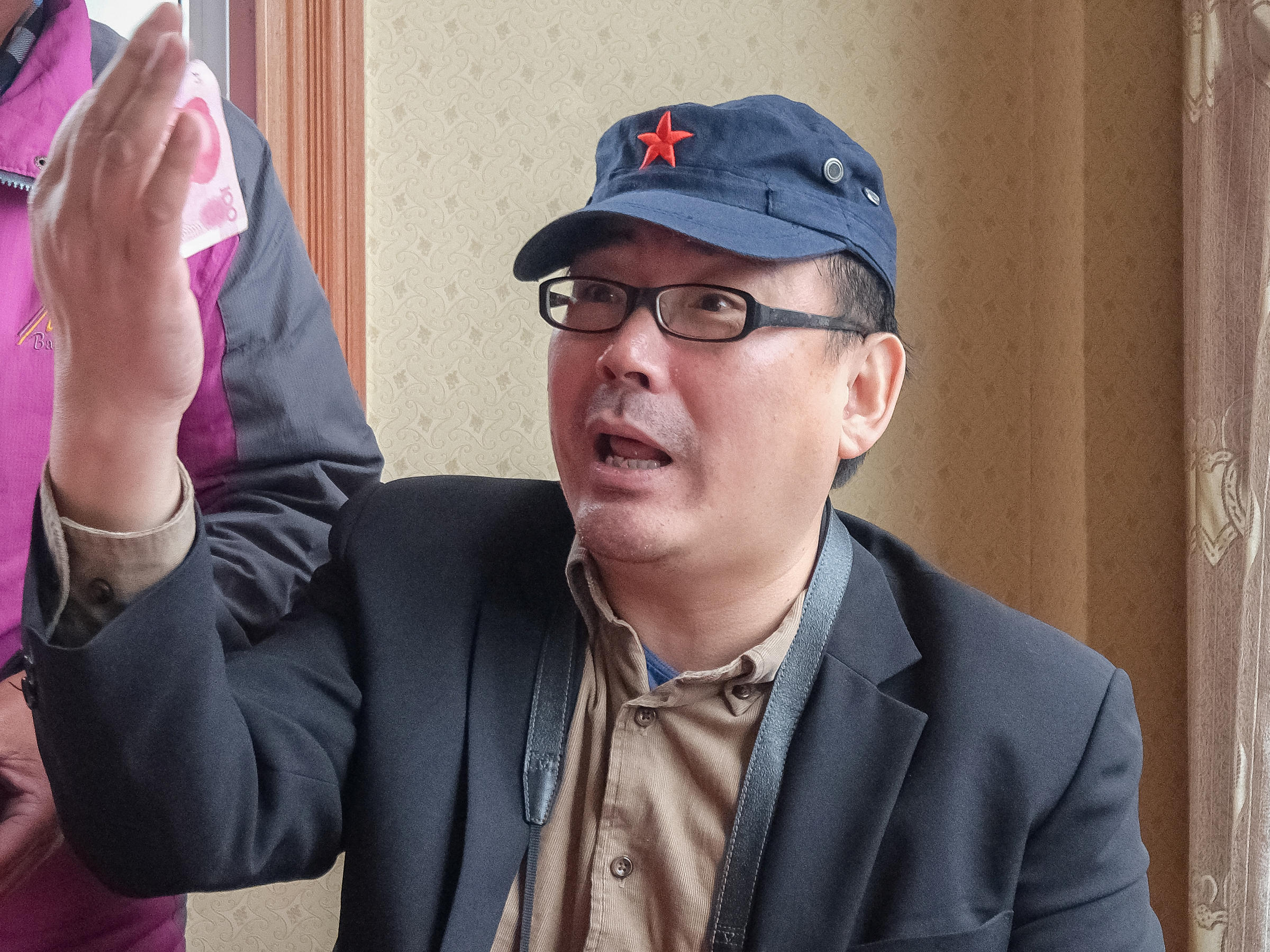 BEIJING/SYDNEY (Reuters) – Chinese authorities are holding an Australian writer, who used to be a Chinese citizen, on suspicion of endangering state security, China said on Thursday, and his lawyer said he was suspected of espionage.

Australian officials said Yang Hengjun was detained shortly after he flew in to the southern city of Guangzhou from New York last week, but it did not believe his detention was the result of rising tension between China and the West.

Chinese foreign ministry spokeswoman Hua Chunying said that Australia was officially notified after Yang was placed under “coercive measures” – a euphemism for detention – in Beijing.

“The Australian citizen Yang Jun, due to being suspected of engaging in criminal acts that endangered China’s national security, was recently placed under coercive measures and is being investigated by the Beijing city State Security Bureau,” Hua told reporters.

Yang’s rights and interests were being protected in accordance with the law, she told a regular news briefing in Beijing, using a slightly different name for him.

Australian Defense Minister Christopher Pyne, who arrived in Beijing on Thursday for scheduled talks, said Australia would normally expect to be told of such a case within three days under existing diplomatic conventions.

Yang went missing on Friday and Australia was not told until four days later. Pyne said the late notification was disappointing and he would be raising it in his talks with Chinese officials.

The Australian government was first alerted that Yang had gone missing after friends said he had been out of contact for several days.

Yang’s lawyer, Mo Shaoping, told Reuters that his client was suspected of “espionage”, and was being held under “residential surveillance at a designated location”.

The special detention measure allows authorities to interrogate suspects for six months without necessarily granting access to legal representation. Rights groups say that the lack of oversight raises concern about abuse by interrogators.

Mo said he had been retained by Yang’s wife but because the case involved state security, he would need approval from the authorities before he would be able to meet Yang.

Tensions have risen in recent weeks between China and some Western countries after two Canadians, a diplomat on unpaid leave and a consultant, were arrested in China on suspicion of endangering state security.

Those arrests were widely seen in the West as retaliation by China for Canada’s arrest of Meng Wanzhou, a senior Huawei Technologies executive, on Dec. 1 at the request of the United States for allegedly violating US sanctions on Iran.

Australia joined international condemnation of the arrest of the two Canadians, but Yang has long been in the sights of Chinese authorities.

He has criticized what he described as Chinese interference in Australia.

Feng Chongyi, an academic at the University of Technology in Sydney, said he asked Yang not to go to China because of the tension.

“I didn’t think it would be safe for him because of the situation with Huawei but he believed that he would be fine as he had been there so many times,” Feng said.

Australian Foreign Minister Marise Payne said staff from Australia’s embassy met Chinese officials on Thursday and, while details were limited, she said there was no evidence Yang’s case was linked to Australia’s criticism of the detention of the Canadians.

“I’d be concerned if there was an indication of that,” Payne told reporters in Sydney.

“We are calling on the Chinese authorities to ensure this matter is dealt with transparently and fairly.”

Yang was also reported missing for several days while in China in 2011. Two sources familiar with the details said he had been detained but agreed to say he had been unwell.

However, Yang is not seen as a radical dissident.

He became famous in the 2000s for his political essays, which earned him the nickname “democracy peddler”. In recent years, he had published little commentary, instead writing more fiction, including a trilogy of spy novels.

Deng Yuwen, a Beijing-based political analyst who knows Yang, told Reuters that he did not know the reason for Yang’s detention but that his WeChat accounts had been deleted.

“He has basically not publicly released any political essays in recent years,” Deng said.

Chinese President Xi Jinping has presided over a crackdown on dissent since coming to power in 2012, with hundreds of rights lawyers and activists detained. Dozens have been jailed.

Relations between Australia and its largest trading partner have been strained in recent years and Pyne’s trip was arranged in a bid to repair ties damaged by Australian accusations in 2017 that China was meddling in its affairs.

Analysts said Yang’s arrest would add to pressure on Australia to take a stand, and it would prolong tension.

“Australia can’t hide from this. It will need to respectfully protect its citizens,” said Rory Medcalf, head of the National Security College at the Australian National University.

“This detention marks the new normal in the bilateral tension, which will be constant low-level tension.”