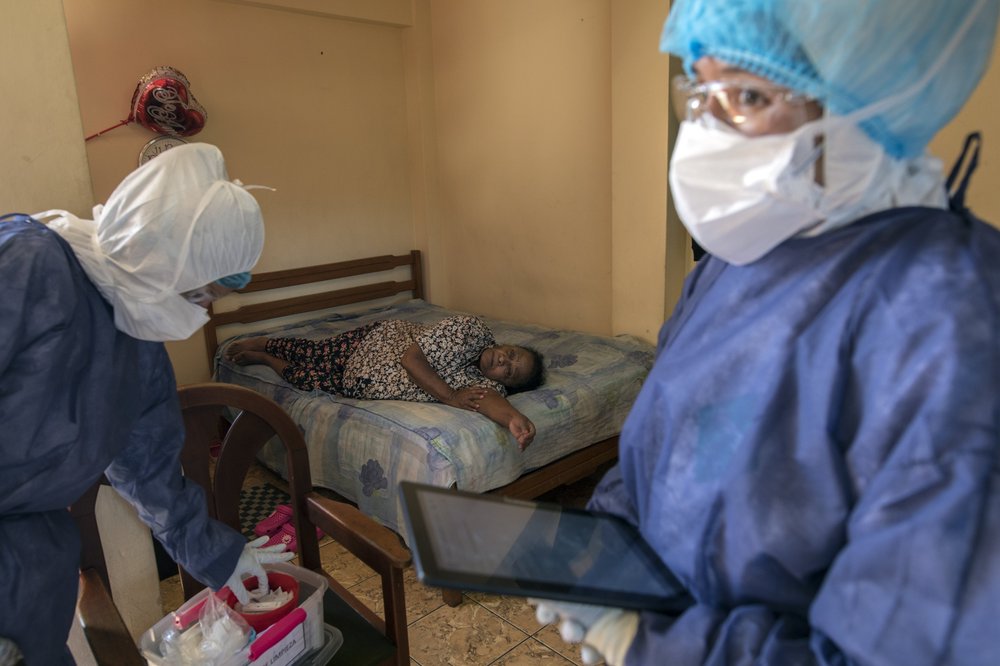 BEIJING (AP) — As countries consider how to restart economies that have been halted by the coronavirus, the early experiences in China and parts of Europe show it will be no easy task.

Workers back on the job are wary of spending much or going out. Shoppers are staying away from the few stores reopening. Masks and social distancing measures are not fading. And pervasive is the fear the virus could return if lockdowns meant to stop its spread are eased too much, too quickly.

Still, leaders are anxious to reopen factories, schools and shops and to repair the economic damage from the pandemic that has infected more than two million people and claimed more than 137,000 lives.

Some Chinese cities tried reassuring consumers by showing officials eating in restaurants. In the US, people have begun getting relief checks to help them pay the bills.

Rome’s streets were largely deserted despite some stores reopening. In Vienna, clothing store owner Marie Froehlich said her staff was happy to be back after weeks cooped up at home. But dependent largely on tourism, she expects the business will take months to return to normal.

“Until then, we are in crisis mode,” she said.

Truck salesman Zhang Hu in Zhengzhou, China, is back at work but his income plummeted because few people are buying 20-ton rigs. “I have no idea when the situation will turn better.”

In the US, with many factories shut down, American industrial output shriveled in March, registering its biggest decline since the nation demobilized in 1946 at the end of World War II. Retail sales fell by an unprecedented 8.7 percent, with April expected to be far worse.

Troubling data indicate the worst may still be to come in many parts of the world.

UN Secretary-General Antonio Guterres is urging stepped-up efforts to prepare Africa, warning that the continent “could end up suffering the greatest impacts.”

Singapore’s outbreak has jumped more than 1,100 cases since Monday. It had looked to be successful in containing a first wave of infections, but the new cases are occurring among workers from poorer Asian countries who live in crowded dormitories and work in the tiny city-state’s trade-dependent economy.

In Brazil, a war of words has broken out over President Jair Bolsonaro’s lackadaisical approach to the virus.

“We’re fighting against the coronavirus and against the ‘Bolsonaro-virus,’” Sao Paulo state Gov. João Doria told The Associated Press in an interview, adding that he believes the president has adopted “incorrect, irresponsible positions.”

The US began issuing one-time payments this week to tens of millions of people as part of its $2.2 trillion coronavirus relief package. But another part of the relief package, a $350 billion paycheck protection program aimed at small businesses, is running dry after being open for only a matter of days. Negotiations were accelerating in Washington over a $250 billion emergency request to help.

The US has recorded more than 30,000 deaths — the most in the world — and over 600,000 confirmed infections, by a Johns Hopkins University count. Still, the nightmare scenarios projecting a far greater number of deaths and hospitalizations have not come to pass, raising hopes from coast to coast and prompting stronger calls for easing of restrictions.

Foreign leaders, meanwhile, rushed to the defense of the World Health Organization after Trump vowed to halt US payments to the UN agency for not sounding the alarm over the virus sooner.

EU foreign policy chief Josep Borrell said the WHO is needed now more than ever: “Only by joining forces can we overcome this crisis that knows no borders.”

By NICK PERRY and JOE McDONALD

Perry reported from Wellington, New Zealand. Associated Press journalists around the world contributed to this report.

Image: Maria Teresa Carrillo, 87, rests in a bed as Doctor Leslei Montoro, left, and her colleague Doctor Carolina Quiroz, check a sample for a new coronavirus fast test, in Lima, Peru, Wednesday, April 15, 2020. Peruvians can call a telephone number to report that they have COVID-19 symptoms and the state organized medical brigades will visit and do rapid tests to confirm or rule out new infections. (AP Photo/Rodrigo Abd)

IEA predicts 'worst year in the history' of oil sector