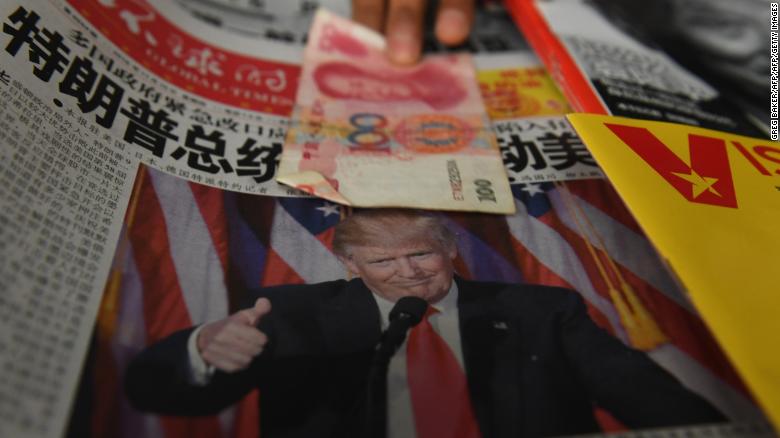 Washington on Wednesday again declined to call China a currency manipulator but said the yuan’s fall and Beijing’s exchange practices were of “particular concern.”

In putting Beijing and five other US trading partners on notice, the US Treasury once more refrained from escalating a fight over China’s currency as US President Donald Trump had once pledged to do on the campaign trail.

“Of particular concern are China’s lack of currency transparency and the recent weakness in its currency,” US Treasury Secretary Steven Mnuchin said in releasing a twice-yearly report to Congress on how countries manage exchange rates and trade.

“These pose major challenges to achieving fairer and more balanced trade and we will continue to monitor and review China’s currency practices, including through ongoing discussions with the People’s Bank of China.”

In recent years, however, the yuan or renminbi (RMB) has strengthened and economists now say it is more in line with China’s economic fundamentals.

Still, as US interest rates have risen, the US dollar has strengthened further, which makes American exports more expensive. The dollar this year is up 6.6 percent against the RMB, which began to weaken substantially in June.

“Recent movements in China’s currency have not been in a direction that will help reduce China’s large trade surplus,” the report released Wednesday said.

“Treasury staff estimate that China’s direct intervention in the foreign exchange market to have been limited this year,” it added, with net interventions by the People’s Bank of China “effectively neutral.”

A growing US economy and falling unemployment have also whipped up demand among US consumers for imported goods, with 2017’s record US-China trade deficit continuing to widen this year — swelling 3.2 percent to $390 billion in the 12 months ending in June.

Washington and Beijing are locked in battle over the yawning US-China trade deficit, which Trump describes as a job killer.

Washington has slapped punishing tariffs on about half of all China’s goods exports to the United States, with talks to resolve the matter at an apparent impasse.

Trump in April 2017 dropped his campaign pledge to label Beijing a currency manipulator, telling The Wall Street Journal that Beijing was not intervening to weaken its currency.

Labelling China a manipulator would be a fresh sign of confrontation from Washington but any actual repercussions would be gradual.

In rewriting the North American trade pact this year, Washington, Ottawa and Mexico City agreed any member could withdraw from the new treaty if any other member moved to enter a trade agreement with a “non-market” economy, a thinly veiled reference to China.