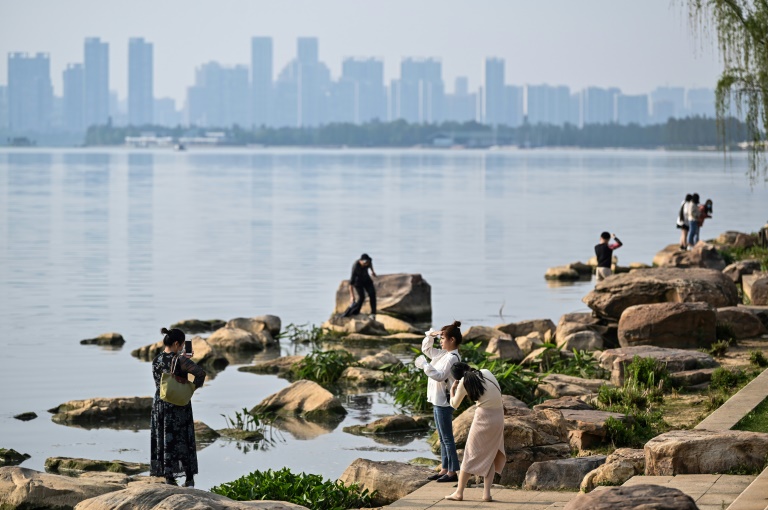 After Wuhan was sealed off from the world, acclaimed Chinese writer Fang Fang started an online diary about the coronavirus tragedy unfolding in her hometown.

Her journal drew tens of millions of readers — but now that it is about to be published abroad in several languages, she is facing a nationalist backlash at home.

Critics say the 64-year-old, who was awarded China’s most prestigious literary prize in 2010, is providing fodder to countries that have slammed Beijing’s handling of the pandemic.

Fang began to document life in Wuhan, the city of 11 million where COVID-19 first emerged in December, after it was placed under an unprecedented lockdown on January 23.

As authorities desperately scrambled to stop the disease from spreading across the country, she wrote about the fears, anger and hope of the industrial hub’s residents in isolation.

In one entry she mentioned seeing pictures of the city’s empty East Lake, and the “deserted and peaceful expanse of the water”.

She described residents helping each other, and the simple pleasure of the sun lighting up her room.

But she also touched on politically sensitive topics such as overcrowded hospitals turning away patients, mask shortages and relatives’ deaths.

“A doctor friend said to me: in fact, we doctors have all known for a while that there is a human-to-human transmission of the disease, we reported this to our superiors, but yet nobody warned people,” she wrote in one entry.

Born to a family of well-off intellectuals, the writer’s real name is Wang Fang but she uses the pen name Fang Fang.

Readers flocked to the online diary to get an unfiltered account from Wuhan in a Communist-ruled country that lacks independent media.

But some social media users have turned on the author — especially as a new diplomatic spat has erupted between China and the US, which accuses Beijing of a lack of transparency in the outbreak’s early days, costing the world valuable time.

Another accused Fang of making money off Wuhan’s nearly 4,000 virus victims, writing: “How much did you sell the diary for?”

Hit by a barrage of online insults, Fang wrote on Weibo that she was the victim of “cyberbullying” by fringe nationalists.

And in an interview posted on the website of Chinese weekly Caixin, the author said she had received death threats and that her home address was posted online.

The way US publisher HarperCollins introduces the book — which goes on sale in June and is succinctly titled “Wuhan Diary” — has added fuel to the online fury.

“The stark reality of this devastating situation drives Fang Fang to courageously speak out against social injustice, corruption, abuse, and the systemic political problems which impeded the response to the epidemic,” the publishing house says on its website.

The book, it says, blends “the eerie and dystopian” and provides “a unique look at life in confinement in an authoritarian nation”.

French publisher Stock told AFP the book is a “first-hand testimony by a talented writer”.

Hu Xijin, editor-in-chief of nationalist tabloid Global Times, said the diary’s foreign publication “is not really in good taste” while Beijing is in the throes of confrontation with Washington.

“In the end it will be the Chinese, including those who supported Fang Fang at the beginning, who will pay the price of her fame in the West,” Hu said in a social-media comment that drew more than 190,000 likes.

An article in the state-run newspaper said that to many Chinese people, the book is “biased and only exposes the dark side in Wuhan”.

Publishers in China who were interested in her diary are now hesitating due to the controversy, Fang said in the interview on Caixin’s website.

In 2015 five booksellers in Hong Kong, where the mini-constitution guarantees freedom of expression, disappeared into mainland custody after publishing salacious tomes about China’s leaders.

“Why not publish this book? Just because some could use us?” Fang said.

“If people truly read my diary, they will discover the effective measures that China took against the epidemic.”

Fang said she would donate “every royalty” she receives and “will give the money to the families of health workers who worked in the frontline and died”.

Loyal fans of the author have rallied around her on Weibo.

“Fang Fang owes nothing to anyone,” wrote one.

“You’re free to write a diary that goes against what she wrote, translate it and publish it abroad!”

Image: AFP / Hector RETAMAL In one entry in her ‘Wuhan Diary’, Fang Fang wrote about seeing pictures of the city’s East Lake