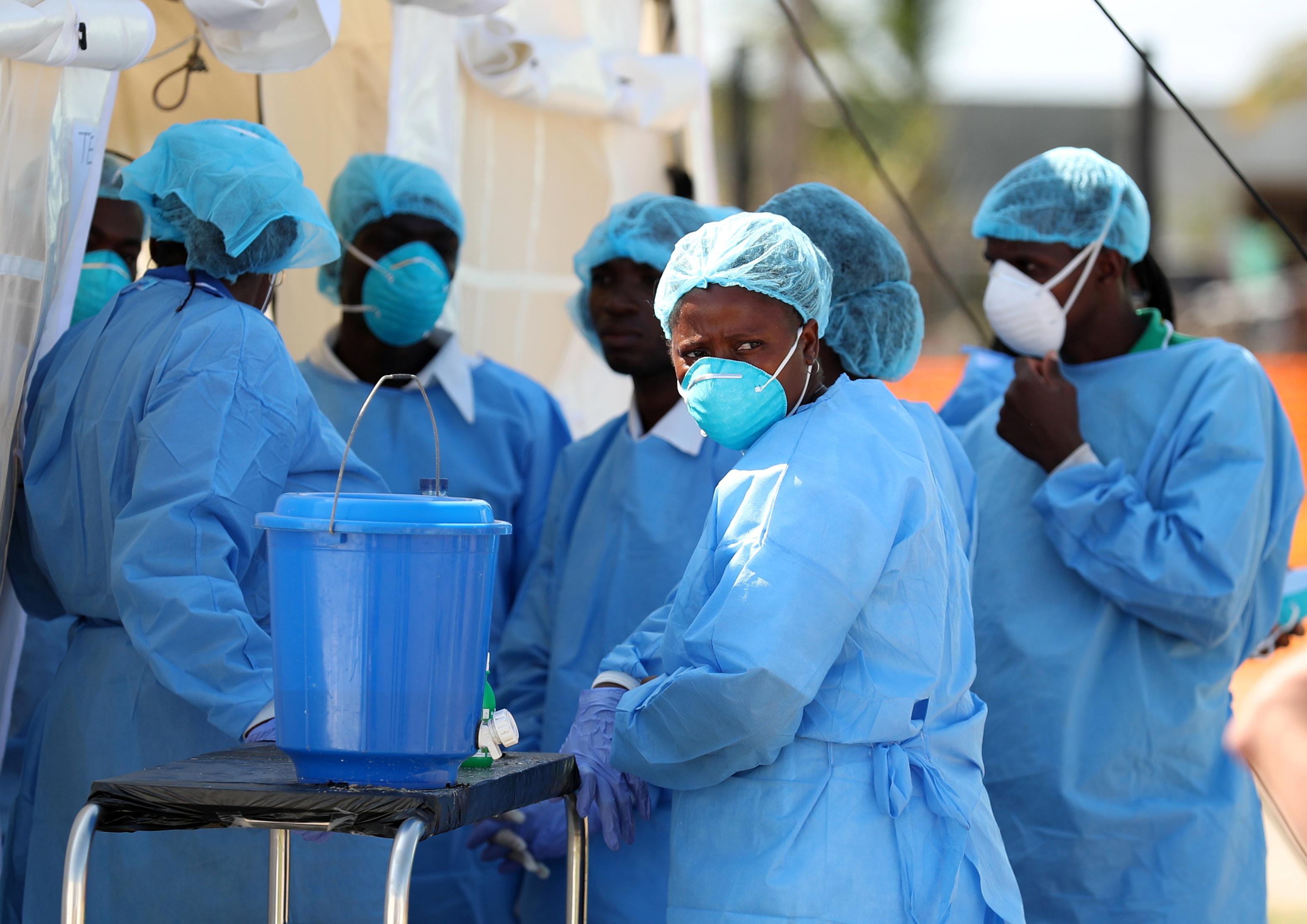 BEIRA, Mozambique (Reuters) – The number of confirmed cases of cholera in the cyclone-hit Mozambican port city of Beira jumped from five to 138 on Friday, as government and aid agencies battled to contain the spread of disease among the tens of thousands of victims of the storm.

Many badly affected areas in Mozambique and Zimbabwe are still inaccessible by road, complicating relief efforts and exacerbating the threat of infection.

Although there have been no confirmed cholera deaths in medical centers in Mozambique yet, at least two people died outside hospitals with symptoms including dehydration and diarrhea, the country’s environment minister Celso Correia said.

A Reuters reporter saw the body of a dead child being brought out of an emergency clinic in Beira on Wednesday. The child had suffered acute diarrhea, which can be a symptom of cholera.

“We expected this, we were prepared for this, we’ve doctors in place,” Correia told reporters.

The government said for the first time that there had been confirmed cholera cases on Wednesday.

Mozambique’s National Disaster Management Institute said the local death toll from the tropical storm had increased to 493 people, from 468 previously.

That takes the total death toll across Mozambique, Zimbabwe and Malawi to 738 people, with many more still missing.

“Stranded communities are relying on heavily polluted water. This, combined with widespread flooding and poor sanitation, creates fertile grounds for disease outbreaks, including cholera,” the International Committee of the Red Cross said in a statement.

The US Defense Department said on Friday it had authorized an additional $8.5 million in humanitarian assistance for Mozambique, bringing the total to $15 million. About 50 US military personnel have been sent to Mozambique to assist with logistics, including transporting food and medical supplies.

Cholera is endemic to Mozambique, which has had regular outbreaks over the past five years. About 2,000 people were infected in the last outbreak, which ended in February 2018, according to the WHO.

But the scale of the damage to Beira’s water and sanitation infrastructure, coupled with its dense population, have raised fears that another epidemic would be difficult to put down.

Reporting by Stephen Eisenhammer in Beira and Stephanie Nebehay in Geneva; Additional reporting by Idrees Ali in Washington; Writing by Alexander Winning; Editing by Alison Williams and Rosalba O’Brien

Up to 500,000 displaced by southern Africa cyclone