The photographs of the fields, some romantically clouded with mist, the donkeys, the palm trees, the expanses of crops. Greens and stillness.

The photographs of the bustling markets, the crowded streets with cars, motorbikes, people all seemingly on their way somewhere. Colors and movement.

The photographs line the walls of two rooms at the Townhouse Gallery, and in each a model is placed on a table that you can walk around. In another room—the first room you enter—a 16-minute video, in another three books of photographs and one book of maps and diagrams.

All representations of the same place.

They are all either documentation, or proposals, for one part of what the urban planners behind the project have called the 900 km Nile City—this is the name they have also given the project . The exhibition itself, curated by Amr Abdel Kawi and Moataz Faissal Farid, is a selection of these different representations.

The proposal is an answer to a problem. And what is particularly interesting about the project is their reading or framing of the “problem.” In the accompanying text written by some of the Egyptian collaborators on the project—urban planners at the heart of the project are European—they write that it is more pertinent for the questions posed than the specific solutions presented.

The problem is one of two realities, or a double reality — two sets of cities, one set almost unoccupied, the other occupied by too many people living on finite resources and, with projected growth, headed toward a saturation point when both food and water security will be severely threatened.

The “900 km Nile City” is a project through which urban planners seek to address something for which conventional urban theory does not have the answers.

Along the 900 kilometers between Aswan and Cairo are a series of settlements located in the Nile Valley. There are 2100 inhabitants per square kilometer in this region, reaching a level of population density similar to that of Los Angeles and some of the other most densely populated urban areas in the world.

Famers build along the edges of their land. The project proposes that though agriculture remains the basis of their lifestyles and economy, that we see the area as a city, one formed by rapid population growth.

A city that is not a city: it has the population density of cities, but no urban infrastructure.

The infrastructure in these settlements is often no more than a school, a clinic and a mosque.

With continuing growth—the “endless repetition”—that encroaches on farmland and finite resources, the situation is unsustainable, and soon both food and water security will be under threat.

In parallel to these bustling unplanned cities that are not cities, are planned cities, unoccupied since their establishment.

These desert cities are the government’s answer.

They are ghost cities, but somehow more ghostly because they have never been inhabited. In New Sohag, for instance, there are 30,000 housing units, most of them empty.

We see them only through the accompanying text and maps. There are no photographs of them.

The project addresses a problem framed as a double reality: an official Nile City and a lived Nile City, two realities that are divorced from one another. Or perhaps divorced is too strong a word, for they are simply oblivious to each other.

The project’s proposal, after laying out the problem, is almost deceptively simple, you could miss it: to link the local centers in the valley and the built cities in the desert.

In this proposal, the commute time between the two cities would be just 10 minutes, and each pair becomes a “double city.” The decisions with regard to infrastructure are made according to the lived realities in these local centers, and their needs, as well as building on the already existing infrastructure, which is hardly used.

The proposal takes account of both environmental and economic matters. For instance, it incorporates ways to generate employment. It contains, say, water pumps that do not increase efficiency of water use, but do address the inequitable allocation of water. It proposes a local train and school station, bringing educational and mobility concerns together.

Were it to be implemented, the project is neither top-down nor bottom-up, inviting a rethinking of this dichotomy. Part of the blurb says the transformation will be both hyper-rigid (top-down governmental investments in infrastructure) and hyper-flexible (a thousand bottom-up innovations). These are seen as two different levels that need not contradict or clash, but complement and interact with one another.

All this is fascinating, the unsettling of understandings of rural and urban, the attempt to incorporate the will and practices of the people with the governmental practices too often divorced from these realities. The way in which they read the problem that opens up particular ways of thinking about solution-building.

There are some issues however about how they are read the problem. At times, their reading seems too technical, ignoring politics. Also, in the blurb, a notion of the ignorant peasant rears its head from time to time. One contributor writes, “It appears that this part of the world does not go for radical change.”

The questions raised, their insights, and the occasional blind-spots in their reading, are not however apparent from a visit to the exhibition. The video gives a sense of some of the issues, and it is the only time we hear voices from those living in the Nile Valley. And visitors can either buy the accompanying book, with photographs, maps, diagrams, and the text, or look these up online.

But in the gallery space itself, the photographs, diagrams and maps no longer function as they do in the project –– to document, to propose. Keys and explanatory notes are minimal or absent. For those not trained to read maps and this sort of diagram, they become less functional, and more aesthetic. In this sense, it is as if there is a sort of implicit assertion of the expertise of the experts, the urban planners.

The different abstractions and ways of representing the same space—whether through photography, model maps and maps of varying scale from the regional to the village-level — do however push us to thinking about spatiality, and the project is itself in some ways a proposal about organizing space.

Photos are by Marwa Morgan and courtesy of the Townhouse gallery. 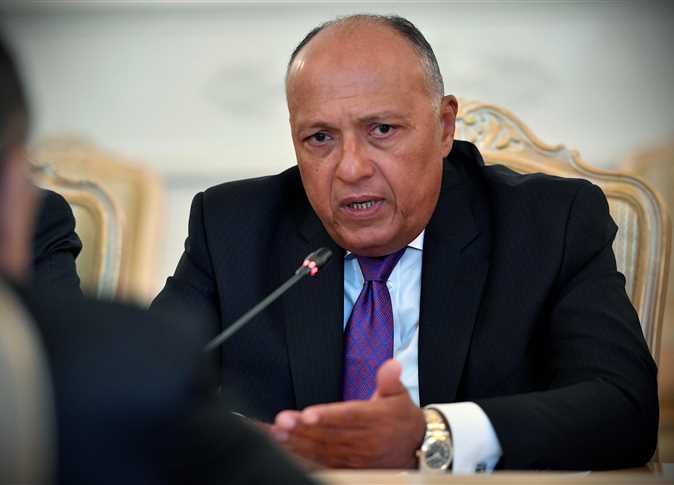