In an act of climate barter, Jordan is gearing up to provide solar energy to Israel in exchange for desalinated water. The trade-off forms the basis of a climate cooperation deal between the two countries, which signed a peace treaty in 1994.

Under this brave new deal, water-scarce Jordan would export about 600 megawatts of solar-generated electricity to Israel, which in return would supply its neighbor with up to 200 million cubic meters of desalinated water.

According to media reports published around the time the declaration of intent was signed, a United Arab Emirates-based company would build a solar farm in Jordan, including the transmission lines that would connect it to Israel — possibly by 2026. Israel, meanwhile, already operates five desalination plants along its Mediterranean Coast and has two more in the planning stage. 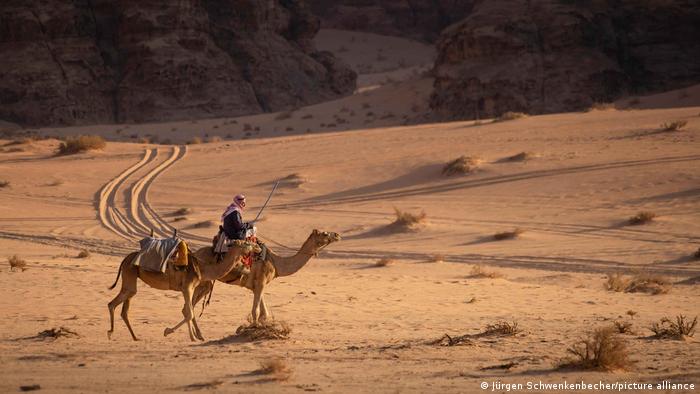 The organization has been credited with laying parts of the groundwork for the cooperation, and for a more regional approach to the climate crisis. In December 2020, EcoPeace published the “Green-Blue Deal for the Middle East,” a detailed plan that advocates for cross-border climate security with an emphasis on Jordan, Israel and the Palestinian Territories.

“The deal is creating a new model for healthy interdependencies between countries in our region,” Yana Abu Taleb, Jordanian Director of EcoPeace MiddleEast said in a statement.

It comes as the new Israeli government under Naftali Bennett has made it a priority to build better relations with Jordan, and after Israel signed the Abraham Accords in a step towards normalizing relations with the UAE and other Arab countries.

Bordered by a small stretch of the Red Sea, Jordan lacks a long coastline along which to build a host of desalination plants. The kingdom has therefore long been reliant on sales of water from Israel.

Taleb sees the new deal as an opportunity to level the playing field by giving Jordan “something of real value” to sell back to Israel, thereby resulting in much-needed new political leverage.

Because while Israel — which is aiming to generate 30% of its energy from renewables by 2030 — has limited space for large-scale solar energy installations, Jordan is home to vast, sun-drenched desert land that is suitable for constructing massive photovoltaic power arrays.

“Jordan could become a regional hub for renewable energy, selling renewable energy to the entire region, not only Israel,” Taleb told DW. “And imagine all that climate security that we’re achieving, all the economic benefits for the country as well.” 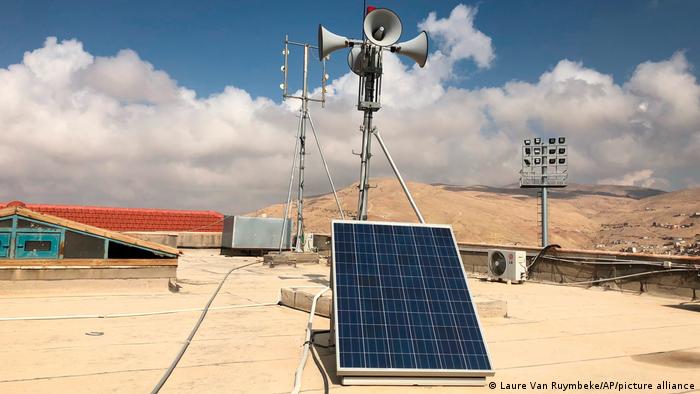 A solar power station in the Jordanian desert

Israel has already defined the climate crisis a matter of national security, which Bromberg said must come with the understanding that the threat is region-wide.

“Israel wants to be seen as an international player, as a sort of a world leader on climate issues,” Bromberg said. “And it has to play ball with the international community and meet those commitments.”

Climate change is already having a profound impact on the entire Middle East region around Israel and Jordan.

“It is warming faster than the rest of the world,” said Colin Price, head of the Porter School of Environment Studies at Tel Aviv University. “Over the last two decades, we have noticed a significant warming in the whole Mediterranean, and also in Israel. So, our summers are getting hotter and longer.”

According to “a severe scenario,” Israel’s Meteorological Service (IMS) projects a rise in average temperature of 4 degrees Celsius (7.2 degrees Fahrenheit) by the end of this century. While according to Price, the wider Mediterranean region could see a 20% decrease in rainfall by century’s end.

“That’s what we’re already noticing in many countries, like Greece, Italy, and Spain, and this also extends into an increased fire season and more severe wildfires,” he said.

Cause for cautious optimism?

Jordan too has been experiencing an increasing shortage of fresh water supply in recent years, and in the capital Amman, citizens have become used to having water delivered to their rooftop tanks.

“The whole region is water scarce, naturally,” said Yana Abu Taleb. “We have very limited surface and groundwater resources and Jordan, among the countries of the region, is the poorest state in terms of water available.”

But the severe shortage is also partly down to other factors such as water management and population increase. Jordan has taken in almost 800,000 registered refugees from the conflicts in neighboring countries over recent years putting additional pressure on natural resources.

Last summer, Israel agreed to double its annual supply of desalinated water to its neighbor to 50 million cubic meters annually, and that is welcome. But under the new deal, up to four times that amount could flow to Jordan.

Despite reports from the Reuters news agency that the planned project triggered protests in Amman against what some perceive negatively as “normalization” with Israel, Bromberg said he feels positive about the agreement — particularly as parts of it are private sector-led and not dependent on donor money.

“Both sides are sort of coming on an equal footing with each one having something to buy and something to sell,” Bromberg said, adding that in both environmental and political terms there is “good reason for cautious optimism.”

Tripartite industrial strategy between Egypt, UAE and Jordan in the works: Egyptian PM

‘They were shooting directly at the journalists’: New evidence suggests Shireen Abu Akleh was killed in targeted attack by Israeli forces