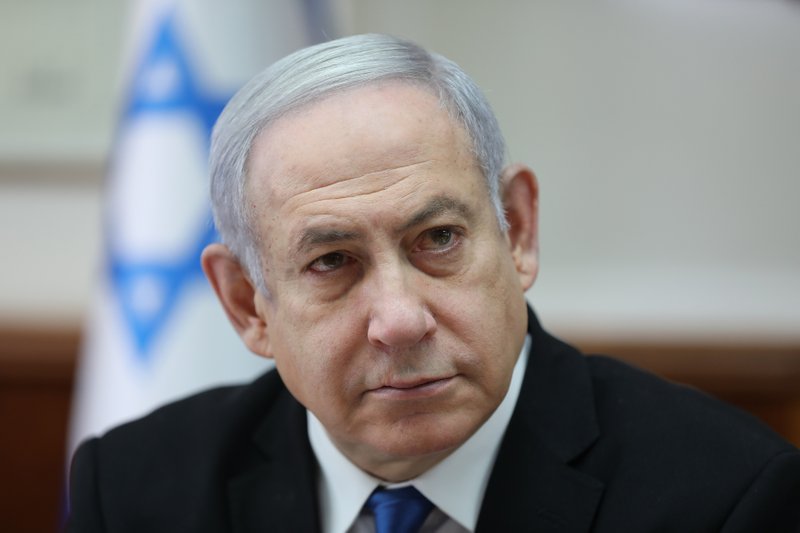 State prosecutor Shai Nitzan’s office said in a statement the seven would be charged with various offenses, among them bribery, money laundering and fraud, pending a hearing.Netanyahu was questioned, but not named as a suspect, in the submarine probe, known as “file 3000.” But it roped in some of his closest aides and sparked questions about his earnings on a related German submarine sale to Egypt.

Among those to be charged were Netanyahu’s personal attorney, David Shimron, who is also his cousin. Shimron represented the German firm involved and was suspected of using his influence over the prime minister in return for a hefty cut of the deal.

Also set to be indicted is David Sharan, who once headed Netanyahu’s office. The former head of the navy has also been implicated.

After seeming to escape the submarine scandal, it was revealed that Netanyahu reportedly earned $4 million on a related German submarine sale to Egypt by owning shares in one of the German manufacturer’s suppliers. He has denied wrongdoing.

Netanyahu was recently charged with bribery, fraud and breach of trust in three separate corruption cases in which he is accused of trading regulatory or legislative favors in exchange for lavish gifts and favorable news coverage.

Netanyahu has professed innocence in all three, saying the charges are trumped up by a biased justice system egged on by a liberal media.

Netanyahu, Israel’s longest-serving leader, is fighting for his political life following two inconclusive elections and the likelihood of an unprecedented third in one year.

With the charges against him issued amid the political impasse, Netanyahu has driven up his rhetoric against his perceived enemies, berating law enforcement institutions and calling for “the investigators to be investigated.”

Thousands of Israelis call on indicted PM to resign