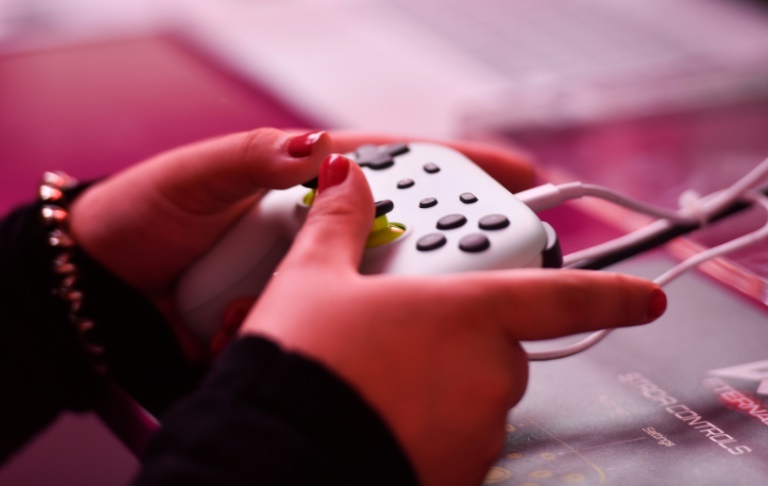 With each passing quarter, Amazon, Microsoft and Google have been setting new records, while cloud computing has become the invisible backbone supporting much of our daily lives. Its potential to become an even bigger part of people’s daily existence is sky-high.

The rising popularity of the cloud has gone hand-in-hand with that of 4G broadband technology and of smartphones: The combined power of the network and of servers makes it possible for us to listen to music, to watch videos, to work remotely, to post on social media or to request a ride and watch it arrive, in real time, on a smartphone map.

Companies and individuals can buy not just cloud-based storage but also processing power, Internet services and software, all of it situated not in one’s computer or smartphone but in huge data centers.

There are now even cloud services for video games, which require enormous amounts of data and extremely rapid response times.

“Cloud gaming,” as with other uses, lets users dispense with expensive and fast-outdated equipment.

Most big companies and institutions now access the cloud either through their own private servers or as a client of a public cloud provided by a company such as Amazon, Microsoft or Google.

These big providers offer an array of options, from simple hosting to ultra-complete online services, with an a la carte menu of tools and software, and with programs ensuring maintenance and security.

In practice, many companies choose a hybrid approach, melding the lower cost, greater power and high adaptability of the public cloud with the comforting security of a private cloud.

While some companies grew up in the data world, he added, “let’s not forget that lots of companies have been moving slowly and cautiously; plenty of companies are just getting started.”

In 2020, the market for the public cloud is expected to reach $266 billion, a 17 percent increase over 2019, according to Gartner Consulting.

And market research firm IDC (International Data Corporation) predicts a near-doubling of the market by 2023, to $500 billion.

The 2006 launch of Amazon Web Services (AWS) gave the online giant a huge lead over its competitors. Analysts put its current share of the global public-cloud market at 30 to 50 percent.

AWS had 2019 revenues of $35 billion and claims millions of users worldwide.

It did suffer one setback last year: In October, the Pentagon awarded a mega-contract worth $10 billion to Microsoft, the second largest player in the market.

Against a backdrop of hostility between US President Donald Trump and Amazon boss Jeff Bezos, the company is taking legal action in an attempt to block the Microsoft contract.

A federal court on Thursday ordered the Pentagon to temporarily halt its work with Microsoft while the matter is reviewed.

Microsoft, meanwhile, has not released precise figures on the success of Azure, its public cloud, making comparisons difficult. But the company’s cloud division has turned in Microsoft’s best performances, quarter after quarter.

Trailing it are Google Cloud and China’s Alibaba, each with a five or six percent share.

For Google, the American leader in internet research, the cloud is a growing priority: It showcases the company’s capacity for very large-scale data analysis as well as the ability for users of the hybrid cloud or of multiple clouds to easily shift data from one provider to another.

All the providers strongly emphasize cybersecurity — their reputations for protecting sensitive data are essential to their survival — but also, and crucially, the capacity for automated machine learning to rapidly analyze and optimally use the mountains of data being produced at every moment.

The Pentagon’s mega-contract, for example, is aimed at modernizing the computer systems of the entire American military, to be managed with the help of artificial intelligence.

AWS has joined with Verizon, and Microsoft with AT&T, in the race to make cloud technologies more directly available to users.

The goal is to process data collected by myriad connected sensors (located in homes, factories, vehicles, etc.) in real time, without having to pass through servers.

Image: AFP/File / Ina FASSBENDER Cloud-based video gaming is just one of many fast-growing uses of cloud computing, one of the most profitable sectors in today’s computing world