Facebook Twitter LinkedIn
So complete is it’s destruction, it has been nicknamed ‘Kobanigrad’.
Months of coalition airstrikes and ISIS bombing have flattened much of Kobani, a once-bustling city close to the Turkey-Syria border, as dramatic drone footage shot by cameraman Gabriel Chaim and obtained by CNN reveals.
Idriss Nassan, a spokesman for the Syrian Kurds, who again control the town, told CNN’s Nick Paton Walsh: "It is 70 percent destroyed. The problem is that we do not have enough machinery to remove the debris or materials with which to rebuild. The cost will be billions."
But he says that, despite damage which has rendered much of the city uninhabitable, civilians are starting to return in increasing numbers. "The most that have returned in one week is 6,000, and we now have 60,000 civilians in the city and countryside around it."
A bakery, two schools and a private hospital have been made operational, Nassan says, but that they face a major hurdle. The rebuilding and resupply efforts are still complicated by the main border gate with Turkey being closed, he says.
Turkey had a complex relationship with the battle for the town, caught between its publicly perceived imperatives of not wanting ISIS to thrive too close to its borders, but also not wanting Kurds allied to a group it calls terrorists to win too convincingly either.
Nassan says that the gate is vital as ISIS – while significantly pushed back – remains at all their other flanks. He says they are 40 kilometres away on the eastern and south-eastern fronts, adding they are also distant in the West.
Tags
Islamic state 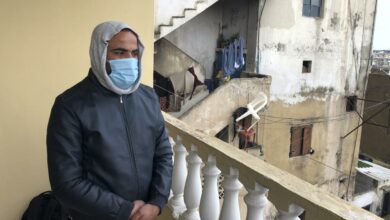 As economy collapses, some young Lebanese turn to militancy