A Colorado startup wants to build supersonic passenger planes faster than Concorde but with fares a quarter of the price — and Virgin Galactic has just got on board.

The Boom airplane would travel at Mach 2.2 — more than twice the speed of sound and 2.6 times faster than any other airliner — and fly from New York to London in 3.4 hours.
That's San Francisco to Tokyo in 4.7 hours or Los Angeles to Sydney in six.
That transatlantic trip cuts the standard seven-hour journey by more than half.
With a round-trip price tag of US$5,000 it's not exactly "affordable" travel, but for the world's business elite, it's a steal.
Virgin options 10 planes
It's certainly piqued British entrepreneur Richard Branson's interest: On Wednesday his Virgin Group optioned 10 planes.
The deal, if it's followed through, could be worth a reported $2 billion.
Boom has also optioned 15 additional planes to an unnamed European carrier, the firm told TechCrunch, racking up a potential income of $5 billion.
Despite the big figures, the reality of a supersonic passenger jet remains small.
Denver-based Boom is still working on a third-scale prototype that isn't slated to fly until 2017.
CEO and founder Blake Scholl recently told Fortune he couldn't say when full-size planes would be ready for commercial flights.
So right now it's just one of many new supersonic and hypersonic plane concepts promising shorter and shorter flight times, with none yet to see a runway. 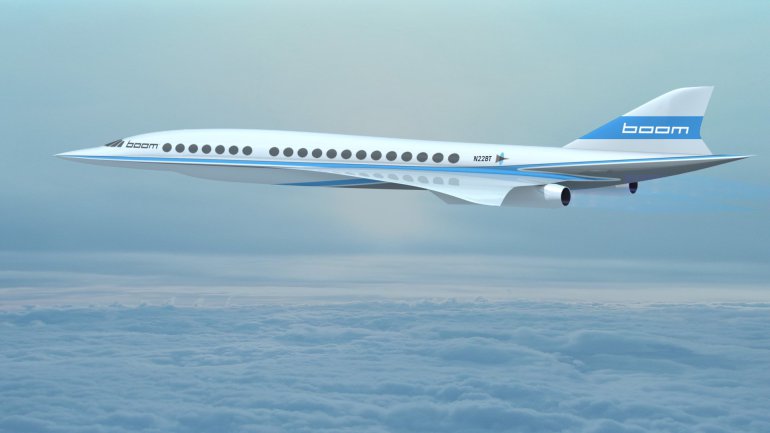 How will they do it?
So how does Boom plan to do it?
And how will it avoid the pitfalls encountered by its glamorous, doomed predecessor Concorde?
Modern aerodynamics, carbon fiber composites, the latest engine technology and a smarter business strategy, it says.
To reduce weight, the plane will be made of a carbon-fiber composite instead of aluminum.
Seats will be similar to standard domestic first-class — so no fancy laydown beds or hefty fripperies.
There'll be just 40 of those seats too, making it a lot easier to fill than the 100-seater Concorde — a strategy, says Boom, that cost Concorde dear.
They'll be split into two single-seat rows, so everyone has an aisle seat AND a window seat — and no turf wars over armrest space.
Then there's the view from the windows: Boom plans to cut flight-time by flying at 60,000 feet, meaning passengers will be able to see the curvature of the Earth.
Team has worked on 30 aircraft
Former Amazon exec Scholl, 35, has recruited ex-employees of NASA, Boeing and Lockheed, while US astronaut Mark Kelly is an adviser.
A Virgin Group spokeswoman confirmed to the Guardian that Virgin Galactic's space division, The Space Company, "will provide engineering, design and manufacturing services, flight tests and operations,"
"Concorde was just too expensive to fly, and to fill 100 seats at $20,000 each," Scholl told the Guardian.
"You have to bring the ticket price down, and make the aeroplane the right size so you can fill the seats."
Tags
aviation Boom airplane Concorde supersonic passenger plane Virgin Group 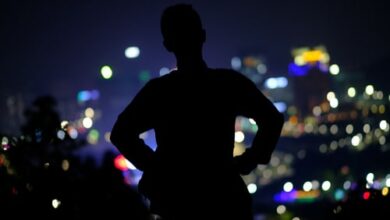