Drafting Egypt’s post-revolution constitution has been quite a troublesome process. Whereas the formation of the first Constituent Assembly stirred a great political controversy and caused the judiciary to dissolve it, the second and current assembly runs the same risk of being dissolved by a court order. There seems to be little consensus among drafters on the fundamentals of Egypt’s post-Mubarak order. Article 2, concerning the future relationship between Islam and the state, has received most of the attention. Chapter 5 has been equally controversial regarding the kind of political regime that Egypt should end up with be it presidential or parliamentary or a mix of both. Last, but not least, is the status of the military in Egypt’s coming political order. Conversely, little if any attention was given to social and economic rights in the upcoming constitution. These rights have been absent from the general debate as well as the political struggle that accompanied the process of constitution drafting.

The neglect of social and economic rights shows that socio-economic matters have failed to occupy any meaningful position in Egypt’s recently opened political sphere. This is quite puzzling, given the recent Gallup polls that showed that over 85 percent of Egyptians are concerned primarily with unemployment, inflation and security, and that the majority render the ongoing political debates and struggles as irrelevant to their lives. Furthermore, the January 25 revolution was in fact a massive and popular protest movement that was driven by social and economic factors. The demonstrations and sit-ins of January and February 2011 were closely related to the unprecedented wave of workers’ strikes and sit-ins that started in 2004, expressing social and economic grievances. Indeed, the main driving force of the revolution remained spontaneous social protest that was hardly led by any political faction, including the Brotherhood.

To add more complexity to the issue, the articles that tackle social and economic rights in the 1971 Constitution are far from being adequate. They are quite outdated and vague. For instance, there is a great confusion between the concept of rights and public services with issues like education and healthcare. There is no mention at all of the right to adequate housing, even though it is part and parcel of the traditional socio-economic rights as stated in the International Covenant on Social, Economic and Cultural Rights, to which Egypt acceded in 1981. Moreover, the 1971 Constitution is almost four decades old and thus misses a whole new generation of social and economic rights that emerged in the last two decades and are of great relevance to post-revolutionary Egypt. For example, the right to water, land rights, environmental rights, the right to food and food sovereignty are all newly-developed rights that should be enshrined in Egypt’s upcoming constitution.

In the meantime, the articles of the 1971 Constitution do not reflect by any means the country’s international obligations. Moreover, they fail to provide a clear mechanism through which these rights can be enforced by the state. It should have been common sense that Egypt’s new constitution reflects the hopes and aspirations of the great majority of poor, destitute and disinherited Egyptians in the wake of a massive popular revolt unprecedented in the country’s modern history.

Assuming their great urgency and importance, why have social and economic rights fallen into oblivion? To start with, the revolutionary forces remain scattered, unorganized and unable to develop a clear political and social alternative. The revolution as a movement has failed to propose a political platform that is either social democratic or socialist. Well-organized and well-financed old actors, namely the military and the Muslim Brotherhood, immediately occupied the newly opened political sphere following the uprising. The priority of these actors was immediately reduced to the formation of a new political system that can accommodate the interests of the old oligarchy and reconcile them with those of the rising Islamist elite. Given the nature of the transition, little room has been left for any deep-cutting or radical social and economic changes. For the dominant actors such as the Brothers, social justice soon became subject to gradual and piecemeal reform that should come second after political issues. The end result is a conservative political system that is designed to reflect the interests of the old powers. Such a system is expected to be quite irresponsive to demands of social and economic change, despite the extremely high expectations of the masses. It is unlikely that the newly-elected officials can meet any of these expectations regardless of generous promises given by the incumbent president.

Of course, it goes without saying that the actual fulfillment of social and economic rights lies far beyond the constitution drafting process. Yet, the constitution is a political document that marks the fundamentals of the new rising order and thus is an integral part of the creation of a stable and sustainable political system. Following Hosni Mubarak’s ouster, millions of Egyptians were enfranchised. The new constitution should clearly state the political, social and economic rights of these enfranchised citizens, which have been so far missing.

Amr Adly is director of the Social and Economic Justice Unit at the Egyptian Initiative for Personal Rights (EIPR) and has a PhD in political economy. 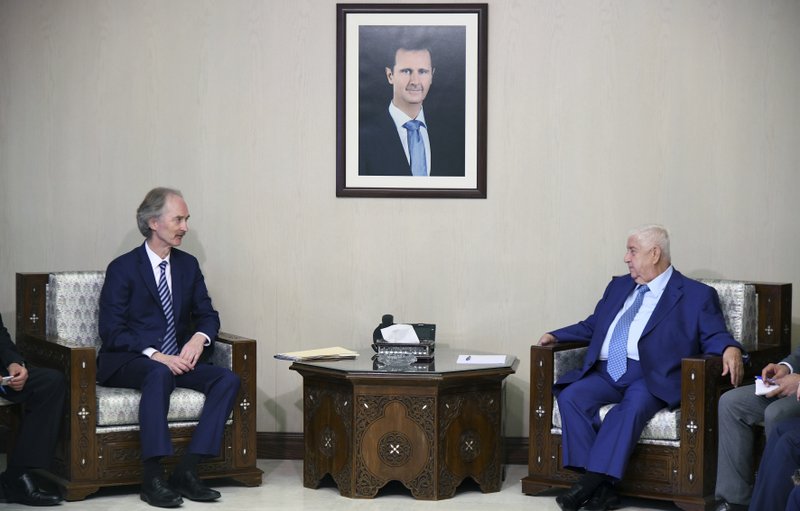