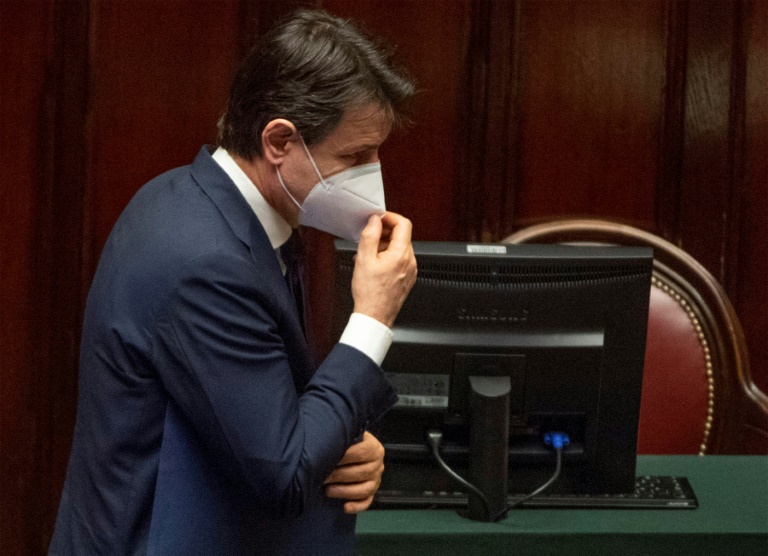 Prime Minister Giuseppe Conte called Saturday for a “courageous plan” when he launched virtual talks with EU and IMF leaders to rescue Italy’s economy and society from the “unprecedented shock” triggered by the coronavirus pandemic.

European Union leaders “must show that they have understood that it is about defending mutual interests,” Conte said in an opening speech transmitted to leading executives in Brussels.

“We are in the process of living an unprecedented shock with very high human, social and economic costs,” Conte said.

The EU’s third largest economy is expected to contract by at least 8.3 percent in 2020, under the most optimistic estimate from Italy’s national statistics agency.

To stimulate activity in EU countries most affected by the COVID-19 crisis, the European Commission has proposed a 750-billion-euro ($847-billion) recovery plan — 500 billion euros in grants and 250 billion euros in loans.

Italy is expected to receive around 172 billion euros of this sum.

“We must also take advantage of (the moment) to transform the crisis into an opportunity to eliminate all the obstacles that slowed (the country) down for the last 20 years,” Conte said.

He said he shared European Commission President Ursula von der Leyen’s view that “we cannot allow ourselves to return to the pre-crisis status quo”.

The talks venue is a 17th century palace, the Casino del Bel Respiro, which Conte called a rare choice “to pay tribute to Italian beauty.

“At a time when we conceive the revival, we must make sure the whole world focuses on our country’s beauty.”

Despite the A-list from Europe, Italians such as far-right leader Matteo Salvini decided sit out Conte’s conference, casting it as a media stunt designed to boost the premier’s profile.

Although his approval ratings rose during the coronavirus emergency, Conte faces questions from prosecutors over his handling of the pandemic and now confronts political challenges over the threat of deep recession.

Conte has suggested a task force headed by former Vodafone chief executive Vittorio Colao to come up with recommendations on how to get Italy’s economy back on track.

Conte said last week he wanted to unite “the country’s strongest forces” and compile the “most effective ideas” for an economic rebound following two months of lockdown.

He hoped to enrol ruling majority, members of the opposition, trade unions and economic experts to draft guidelines for a recovery plan.

But the opposition spurned Conte’s invitation and even government officials including Economy Minister Roberto Gualteri criticised hasty plans and lack of cabinet input.

Salvini seized on initial confusion, writing on Facebook on Monday that “the only certainty” was that there was a rift in the government.

“Meanwhile, thousands of Italian families have still not received a euro, the invasion of illegal immigrants has resumed unabated, appeals by the head of state to speak with the opposition are ignored,” wrote Salvini, a former deputy prime minister.