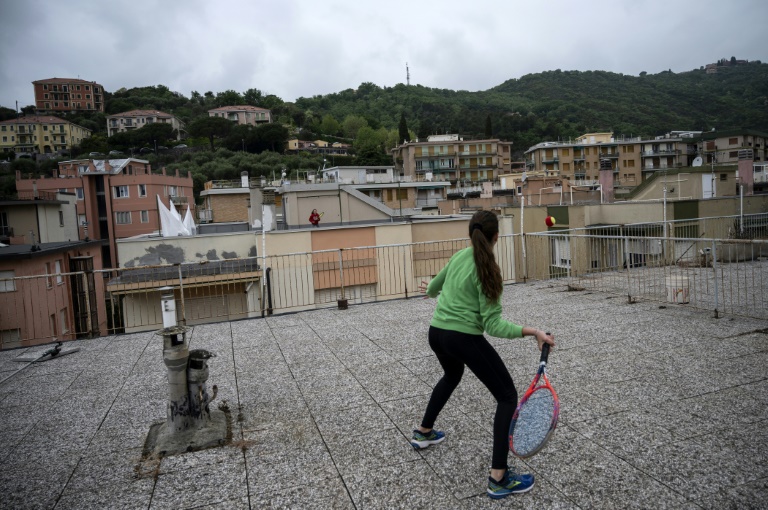 Prime Minister Giuseppe Conte promised Italians on Sunday they would soon be allowed to stroll in parks and visit relatives as the country emerges from the world’s longest coronavirus lockdown.

The Italian leader also vowed to reopen schools by September and most other businesses over the next three weeks.

But he warned that people would have to wear face masks in public places and rigorously observe social distancing measures when the current restrictions are lifted on May 4.

Hugs and handshakes will still be discouraged and a decision to restart Italy’s beloved Serie A football championship has been postponed.

Italy was entering an era “of responsibility and coexistence with the virus”, Conte told the nation in a televised address.

“If you love Italy, keep your distance from others.”

Conte’s announcement followed a frantic weekend of talks with regional and business leaders aimed at deciding how the nation of 60 million will come out of its most traumatic experience since World War II.

Italy’s official coronavirus death toll of 26,664 is Europe’s highest and only second globally to the United States.

But the number of cases has been ebbing and Italy believes its contagion rate — reported at between 0.2 and 0.7 — is low enough below the key threshold of 1.0 to try and get back to work.

Its 260 new deaths reported on Sunday were the lowest single-day toll since March 14.

“We cannot continue beyond this lockdown — we risk damaging the country’s socioeconomic fabric too much,” said Conte.

“The damage could be irreversible,” he warned.

Italy gradually closed everything over the first half March as it became increasingly clear that an initial crop of cases in northern areas around Milan was spreading.

Scientists now believe that Italy’s infections probably began in January — if not earlier — and that the virus was running rampant by the time the first official COVID-19 death was recorded on February 21.

But Italy’s health care system held the line and Conte now appears to feel safe enough to focus on mending an economy that his team expects to shrink by eight percent this year.

Conte said his government will allow a select group of “strategic” companies to resume operations on Monday.

Restaurants can open for takeout and wholesale stores can resume business on May 4.

All other shops will follow three weeks later — as will Italy’s numerous museums.

Restaurants will be allowed to offer dine-in service and barber shops will return on June 1.

Italy’s schools were closed before most other businesses and will now be among the last features of daily life allowed to resume.

Conte said the return to school was filled with peril because many teachers were older and at greater risk of catching the virus.

“Schools are at the centre of our attention and will reopen in September,” the premier said.

Conte explained that resuming tuition before then would involve “a very high risk of contagion”.

Many Italians appeared most concerned about when they would finally be able to walk in parks and jog without being stopped and fined by the police.

Italy’s stay-at-home orders were announced nationally on March 9 and require everyone to stay within about a block of their front door.

Some have turned their roofs into improvised gyms and even tennis courts in a collective effort to avoid going stir crazy.

Conte explained that walks in the park and outdoor exercise will be permitted starting May 4.

Italians will also be allowed to visit their relatives — but with conditions.

“We will allow people to visit relatives, but only if they respect distance and wear masks,” said Conte.

“And there will be no (large) family gatherings,” he said.

Image: AFP / MARCO BERTORELLO At the top of their game