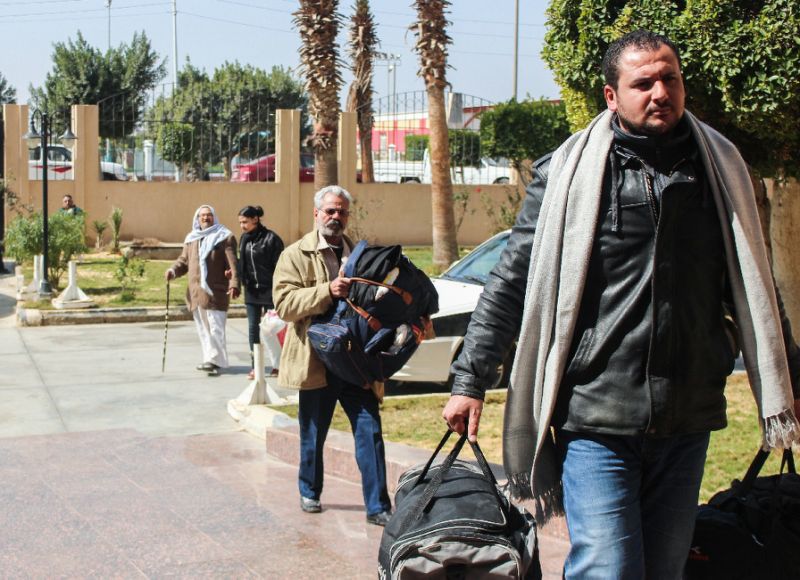 The Social Solidarity Directorate in Gharbiya governorate has granted a LE3,000 subvention for each Coptic Christian family that arrived in the province after fleeing

al-Arish city in North Sinai due to the heightened risk of attacks against them by Islamic State-affiliated groups.

The governorate has received 12 Coptic Christian families, and is working in cooperation with civil society organizations, said head of the directorate Gamal Nassar on Monday. The funding is meant to help families buy food, he added.

Nassar added that the Red Crescent Society is planning to allocate LE1,000 monthly for each family until the situations of these families are settled.

The Long Live Egypt Fund (Tahya Misr) announced this week that it has allocated LE5 million to support the displaced families from North Sinai. The Social Solidarity Ministry is providing fully-furnished apartments for fleeing Copts until they can return to North Sinai.

Coptic Christians started leaving the city late last month after IS-affiliated militants threatened to kill them if they stayed in the city.

Seven Copts were killed by extremists in Arish in less than three weeks, including two people who were burned to death. The incidents sparked panic among Coptic families residing in the city and prompted them to move to other provinces, mainly Ismailia.

The killings came days after Egypt's IS affiliate, which is based in the Sinai Peninsula, vowed to step up attacks against the embattled Christian minority.

The IS group published a video threatening Egyptian Christians and showing the last statement of a man it said was responsible for the deadly bombing of a Coptic cathedral in Cairo in December.