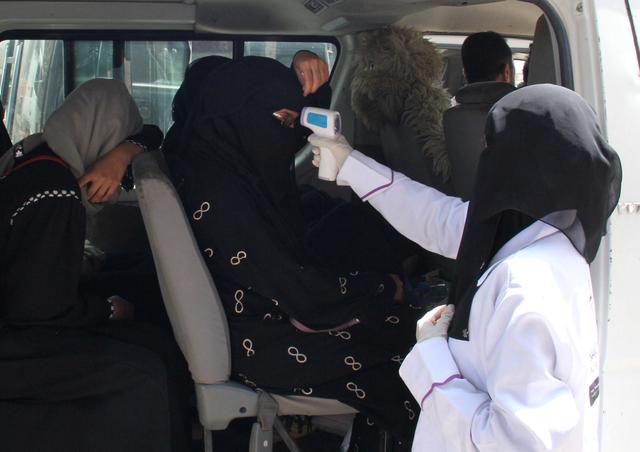 GENEVA (Reuters) — Coronavirus outbreaks across the Middle East threaten to shatter the lives of millions of already destitute people in conflict zones, and could fuel socio-economic upheaval, the International Committee of the Red Cross (ICRC) said on Thursday.

Curfews and lockdowns imposed as public health measures to stem spread of the virus are already making it difficult or impossible for many to provide for their families, it said.

The Geneva-based agency, in a statement naming Syria, Iraq, Yemen, Gaza, Lebanon and Jordan, called for authorities in the volatile region to prepare for a “potentially devastating aftermath” and a “socio-economic earthquake”.

“The Middle East is today facing the twin threats of potential mass virus outbreaks in conflict zones and looming socio-economic upheaval. Both crises could have severe humanitarian consequences,” said Fabrizio Carboni, ICRC director for the Near and Middle East.

The ICRC statement did not refer to Iran, which has the region’s biggest outbreak, but a spokeswoman said it was supporting the Iranian Red Crescent society.

Millions in the Middle East already lack health care, food, water and electricity in conflict-hit countries where prices are rising and infrastructure damaged, the ICRC said.

The ICRC said it had provided its first hygiene kits and protective material for central prisons run by Syria’s interior ministry. Carboni disclosed a request to Damascus authorities in an interview with Reuters last month, saying detainees were more vulnerable than the general population.

Protective equipment including disinfectant has also been donated to health facilities and places of detention across Iraq with more than 45,000 inmates, the statement said.

In Yemen, where a Saudi-led coalition has declared a ceasefire in its conflict with Iran-aligned Houthi movement, the ICRC said: “Our life-saving support to hospitals, clinics and dialysis centers now includes help with their COVID-19 prevention preparations.”

In the Gaza Strip, home to around two million Palestinians, the ICRC said it had provided 20,000 masks and other protective materials to the Palestinian Red Crescent Society.

The ICRC regional budget this year is 565.5 million Swiss francs (US$585.34 million), with more than a third going to Syria.

“Across the region, we want to increase our support in coming months, especially to people who may be particularly affected like low-income workers, women heading households, farmers and people with disabilities,” the statement said.

Image: A health worker takes temperature of passengers of a van, amid fear of coronavirus disease (COVID-19), on the outskirts of Taiz, Yemen April 12, 2020. (REUTERS/Anees Mahyoub)

Middle East still has chance to scale up coronavirus response: WHO