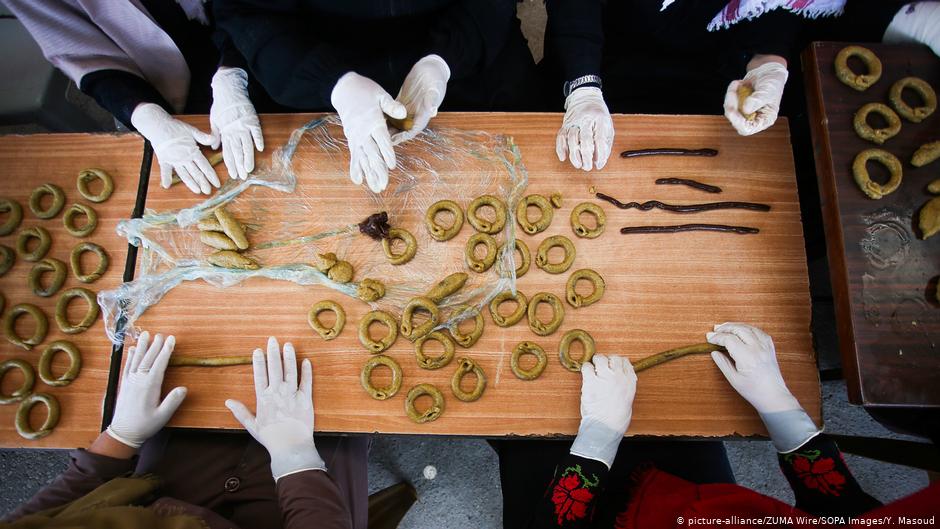 As the Muslim world prepares to celebrate Eid al-Fitr, marking the end of Islam’s holiest month, many of the faithful find themselves facing stringent lockdown measures.

Authorities across the Middle East and in predominantly Muslim countries have expanded restrictions for the holiday in a bid to stop the coronavirus from spreading further.

Given that Eid al-Fitr is a joyous moment for the community, with traditions emphasizing large gatherings, gift-giving and sharing meals with friends and family, it is a particularly tough moment for believers.

In Saudi Arabia, authorities announced a 24-hour curfew would go into effect on May 23, when Eid al-Fitr is expected to begin. It is set to remain in place until May 27, the last day of celebrations.

But for those living in the kingdom, it marks an increase in restrictions. Ahead of the Eid holiday, Saudi nationals and residents were allowed to move freely from 9 am to 5pm.

In order to relieve some pressure on the community of believers, Saudi Grand Mufti Sheikh Abdulaziz al-Sheikh issued an edict instructing the faithful to conduct Eid prayers at home. Traditionally, Eid prayers are performed at a mosque with fellow believers.

“It is permissible to perform Eid al-Fitr prayer at home under exceptional circumstances similar to the current pandemic situation,” the grand mufti told the Saudi Gazette newspaper.

Although Saudi Arabia has reported more than 59,000 confirmed cases, it has managed to keep its death toll relatively low at 329.

In Egypt, Al-Azhar University — historically considered the seat of Sunni Islamic thought — offered similar advice. Its Council of Senior Scholars decreed that Eid prayers should be conducted at home as the goal of Islamic law is to “preserve lives and protect them from all dangers,” according to comments circulated by the state-run al-Ahram newspaper.

Egyptian authorities also bolstered a nationwide curfew for Eid al-Fitr, expanding stay-at-home hours from 5 pm to 6 am. During Ramadan, the curfew had started at 9 pm.

Egyptian Prime Minister Mostafa Madbouly said the new curfew would likely extend to mid-June as precautionary measures to curb the spread of the deadly pathogen needed time to take effect.

Egypt has reported more than 13,000 confirmed cases and 659 deaths. However, a study in March said the number of infected in the country could be much higher.

But the Arab world isn’t the only place where restrictions on gathering for the festive holiday are in place.

In Turkey, President Recep Tayyep Erdogan said a nationwide lockdown would be in place for the entirety of Eid al-Fitr. The president said he was hopeful that afterward, “we will not be needing such restrictions.”

“A lockdown will be in place in 81 provinces starting on the eve of Eid al-Fitr until the last day of the Eid” https://t.co/I5L2AhzUIJ pic.twitter.com/jOponLqcCj

Its partner institution, the Central Council of Muslims in Germany (ZMD), has recommended mosques to suspend all congregational assembly save for designated prayers on Friday and throughout the religious holiday.

“It is our religious obligation to take upon ourselves these painful cuts during the coronavirus pandemic, especially in the communal practice of religion, for the protection of our fellow human beings,” said ZMD Chairman Aiman Mazyek.