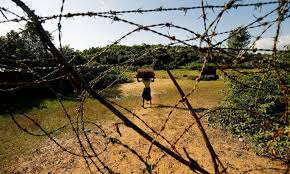 Greece needs to step up efforts to prevent corruption by lawmakers and judges and improve transparency of party financing, the Council of Europe said in two reports on Thursday.

Greeks have suffered years of austerity brought on by a debilitating financial crisis that many blame on political corruption, a spendthrift state and endemic tax evasion.

The Strasbourg-based Council of Europe, a 47-nation human rights body which has no legislative powers, praised Greece for adopting a code of conduct for its lawmakers and for improving their declarations of assets.

But a report by the Council’s Group of States against Corruption (GRECO) said Greece needed to do more to speed up procedures for the adoption of laws in parliament and rules for lifting lawmakers’ immunity, as the number of denials to lift immunity “significantly outweighed” approved requests.

It said more determined action was needed against delays in judicial proceedings, and recommended that Greece set clear standards of professional conduct and integrity for judges and prosecutors.

In a second report on transparency of party financing, it criticized Greece for reintroducing a certain level of anonymity in donations, just two years after banning them completely.

“The approach followed in Greece, with multiple, often divergent legal changes within short periods of time, creates an unpredictable legal framework which may result in ineffective implementation and a substantial lack of transparency,” the report states.

Prime Minister Alexis Tsipras swept to power in 2015 on a promise to end austerity and crack down on corruption.