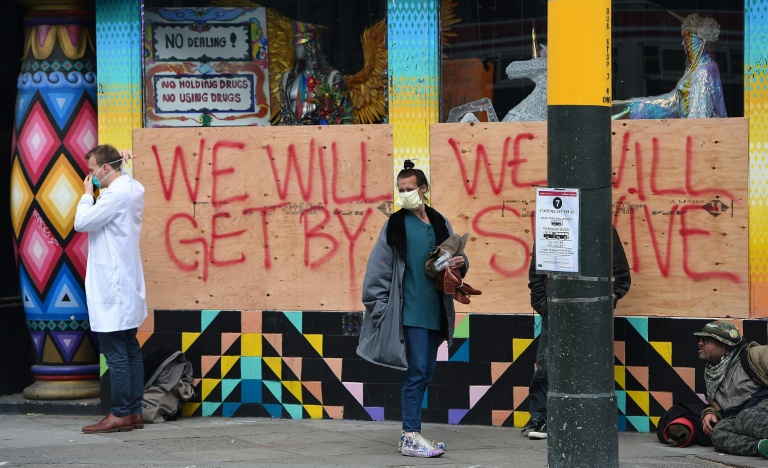 The UN’s health agency has faced criticism in the past for overreacting and for moving too slowly in fighting epidemics, but it has rarely faced as much scrutiny as with the coronavirus pandemic.

The World Health Organization was deemed too alarmist when it faced the H1N1 epidemic in 2009 but five years later it was accused of dragging its feet in declaring an emergency over the Ebola outbreak in west Africa, which would go on to kill more than 11,000 people.

After that debacle, the WHO reformed and created a rapid response unit that has since helped to tackle two Ebola outbreaks in Democratic Republic of Congo.

And yet, the organization is once again under fire, with critics saying it did not react quickly or strongly enough to the new coronavirus, which emerged in Wuhan, China, late last year.

The agency has been accused of delaying sounding the alarm for fear of offending Beijing, for waiting too long to declare the COVID-19 outbreak a global pandemic and for failing to coordinate a coherent international response.

Also, a consensus appears to be emerging on the need to close down public spaces to limit the spread but the WHO has given little guidance on these measures.

“WHO remains surprisingly silent and absent in all of these pragmatic questions,” Antoine Flahault, head of the Institute of Global Health at the University of Geneva, wrote in The Lancet medical review, asking: “Is there any orchestra conductor?”

However, other commentators have praised WHO chief Tedros Adhanom Ghebreyesus and his team for giving sound guidance, instead criticizing countries for failing to heed the advice.

Devi Sridhar, a professor of global public health at the University of Edinburgh, said the WHO’s reaction was “hard to fault”, adding that countries like South Korea that followed the advice to test, trace and contain have done better than others.

One of the central planks of criticism is that the WHO waited until March 11, when nearly 120,000 cases had already been registered, to declare the outbreak a pandemic — a move that truly hit the accelerator on global efforts to rein in the virus.

By that time, the virus, dubbed an “enemy of humanity” by Tedros, had already taken hold in Europe, which soon overtook Asia as the epicenter of the outbreak.

With a dearth of tests, shortages of protective gear for health workers and vital medical equipment like ventilators, health systems even in wealthy nations have been pushed to the breaking point.

In a bid to halt the spread of a pandemic that has already claimed more than 18,000 lives, more than 2.5 billion people worldwide are now largely confined to their homes and economies have largely ground to a halt, threatening a global recession.

Despite the chaos, and evidence that Chinese officials hid the crisis for weeks and stifled doctors trying to sound the alarm, the WHO has praised Beijing for its early response.

Joseph Amon, a professor of global health at Drexel University in the United States, told AFP it was a “clear mistake and set an early tone by WHO that the epidemic was perhaps not as severe and that the initial response was adequate”.

China told the WHO about an unknown form of pneumonia circulating in Wuhan on December 31, 2019.

Experts say that if the world had learnt of the problem weeks earlier it could probably have been reined in.

“If we had known about it then, then that could have made a huge difference,” Roland Kao, an epidemiologist at the University of Edinburgh, told AFP.

But while experts agree there was certainly much to criticism in China’s initial response, many say the WHO was right to highlight what the country got right, including quickly sharing the genetic sequencing of the virus and taking dramatic lockdown measures to slow the spread.

“To alienate China early in the process by pointing out mistakes would have been a mistake,” Ann Lindstrand, in charge of WHO’s expanded immunisation programme, told AFP, saying Beijing’s cooperation was crucial.

“Tedros did the right thing.”

Tedros himself has dismissed claims that he and WHO have bowed to Chinese pressure, stressing the collaborative relationship the agency has with its members.

“I don’t consider anything that comes from member states as pressure,” he told a news conference this month.

Some say the COVID-19 pandemic has actually revealed the opposite problem — states need to feel pressure from the WHO but the agency simply does not have the power.

“Dr Tedros and WHO are working hard to conduct the orchestra, but the players are not cooperating,” said Suerie Moon, the co-director of the Graduate Institute’s Global Health Centre.

Image: AFP/File / Josh Edelson The agency has been accused of waiting too long to declare the COVID-19 outbreak a global pandemic

Worldwide virus lockdowns as WHO warns young people 'not invincible'