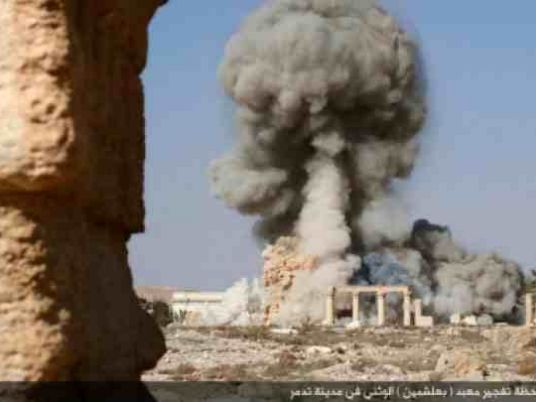 Islamic State militants have destroyed two of the most important temples in the UNESCO-listed Syrian city of Palmyra, as they press their campaign to wipe out some of the Middle East's most important heritage sites.

The United Nations released satellite images Monday confirming the ancient city's most famed shrine, the 2,000-year-old Temple of Bel, had been blown up a week after the destruction of the temple of Baal Shamin.

The jihadists have become notorious for demolishing archaeological treasures since declaring a "caliphate" last year straddling Iraq and Syria.

The following are examples of world cultural heritage targeted by Islamist extremists elsewhere:

IS has carried out a campaign of "cultural cleansing", razing part of ancient Mesopotamia's relics and looting others to sell valued artefacts on the black market.

In a video released by IS on February 26, militants were shown using sledgehammers to smash statues in the country's second city Mosul, sparking global outrage.

According to antiquities officials, around 90 objects were destroyed or damaged, most of them originals.

Thousands of books and rare manuscripts were also burned in February in Mosul's library.

In July 2014, IS rigged the Nabi Yunus shrine in the northern city of Mosul — revered by both Muslims and Christians as the tomb of the Prophet Jonah — with explosives and blew it up.

According to the Iraqi government, IS militants on March 5 bulldozed and blew up Nimrud, an ancient Assyrian city south of Mosul.

Several mausoleums have been destroyed by Islamist extremists, who believe they go against their interpretation of Islam.

In August 2012, Islamist hardliners bulldozed part of the mausoleum of Al-Shaab Al-Dahman, close to the centre of the Libyan capital.

The demolition came a day after hardliners blew up the mausoleum of Sheikh Abdessalem al-Asmar in the western city of Zliten.

The fabled desert city of Timbuktu, named as the "City of 333 saints" and listed by UNESCO, was for months attacked by jihadists following a brutal version of Islamic law.

In June 2012, Al-Qaeda-linked militants destroyed 15 of the northern city's mausoleums, important buildings that date back to the golden age of Timbuktu as an economic, intellectual and spiritual centre in the 15th and 16th centuries, UNESCO reported. Reconstruction started in 2014.

In March 2001, Taliban leader Mullah Omar — now deceased — ordered the destruction of two 1,500-year-old Buddha statues in the eastern town of Bamiyan, because they were judged to be anti-Islamic.

Hundreds of members of the Taliban from across the country spent more than three weeks demolishing the gigantic statues carved into the side of a cliff.