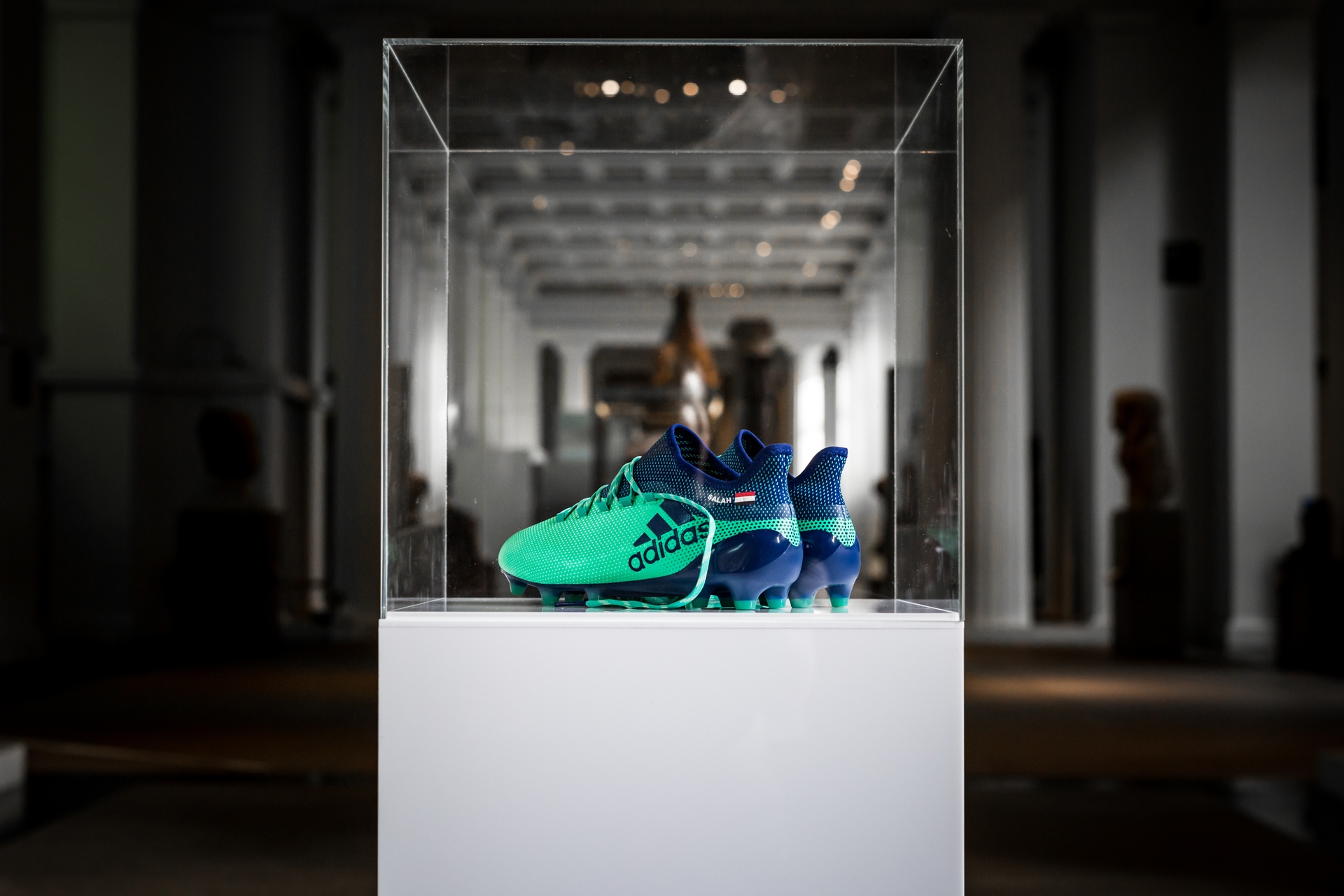 Outrage erupted amidst the the British Museum’s decision to put Liverpool forward Mohamed Salah’s shoe in the Egyptian section, as the move was criticized by some.

Egyptian archaeologist and former Minister of State for Antiquities Affairs Zahi Hawas condemned putting Salah’s shoe next to the Pharaonic artefacts, “I completely refuse this decision,” he told Al-Masry Al-Youm. “What the British Museum did shows disrespect to the great Egyptian history. Despite my love for the player (Mohamed Salah), it is completely inappropriate to have his shoe displayed between Pharaonic monuments, because these are sacred pieces. If the British Museum wanted to honor Salah, it should have built a museum for him or put the shoe in a special room.”

Hawas concluded that no player has ever received this recognition, “each country had its brilliant footballers over different times, but no country ever put its players’ shoes among its monuments.”

Hawas considered the move not only demeaning to Egyptian  monuments but to Salah himself saying, “I cannot imagine Salah himself agreeing to have put his shoe next to his ancestors’ monuments.”

Head of archeologists in the Ministry of Archeology Magdy Shaker also echoed the sentiment, “I do not agree on having the shoe displayed next to Rosetta stone. The Egyptian section is one of the most important sections in the British Museum, as it contains parts of the most important feats in history. It even has the key to the Egyptian civilization, which is a great deal in itself.”

Egyptian Archeologist Wessam Hamada, however, expressed her disagreement with her colleagues, adding that she believes displaying Salah’s shoe as part of Egypt’s contemporary history is a wonderful idea, as no one can deny the Egyptian’s iconic role in lifting Egyptians’ spirits. She added that the fact that he became a part of every street story made him a role model for young Egyptians.

On Thursday, the British Museum in London put on display Mo Salah’s mint green football boots as part of its exhibition “Modern Egypt Exhibition”, a trial exhibition that was launched in 2016 aiming to display different Egyptian pieces that together tell the story of the evolution of Egyptian society. The decision was influenced by the Egyptian King winning the Golden Boot award as well as the Premier League Player of the Season title after an unforgettable debut season.

The “Modern Egypt Exhibition” aims to describe the relationship between Egyptians and exhibits in contemporary Egypt. Under the supervision of architect Mohamed al-Shahid, the project was launched two years ago on a smaller scale, where it displayed several objects in a small plaza downtown London including razor blades, cigarette boxes, old radio devices, post boxes and some editions of newspapers and magazines.

This time, however, the project will display much more notable pieces such as a sewing device that was manufactured in Egyptian  military factories in the 50s and 60s, in an attempt to highlight the notable societal changes during this period.

The British Museum has the largest Egyptian antiquities collection in the world outside the Egyptian Museum, with over 100,000 pieces in display. The section has been founded along with the museum in 1753. It includes seven display galleries which contain pieces from almost every period and every important site in the history of Egypt.

Salah has had an amazing season with Liverpool, scoring 32 goals in a 38-match Premier League season, in addition to earning several awards including: The prestigious Golden Shoe, Top Scorer of the Top Five Leagues as well as Liverpool’s Player of the Season Award.

British Museum displays Salah's shoe next to the Pharos' statues