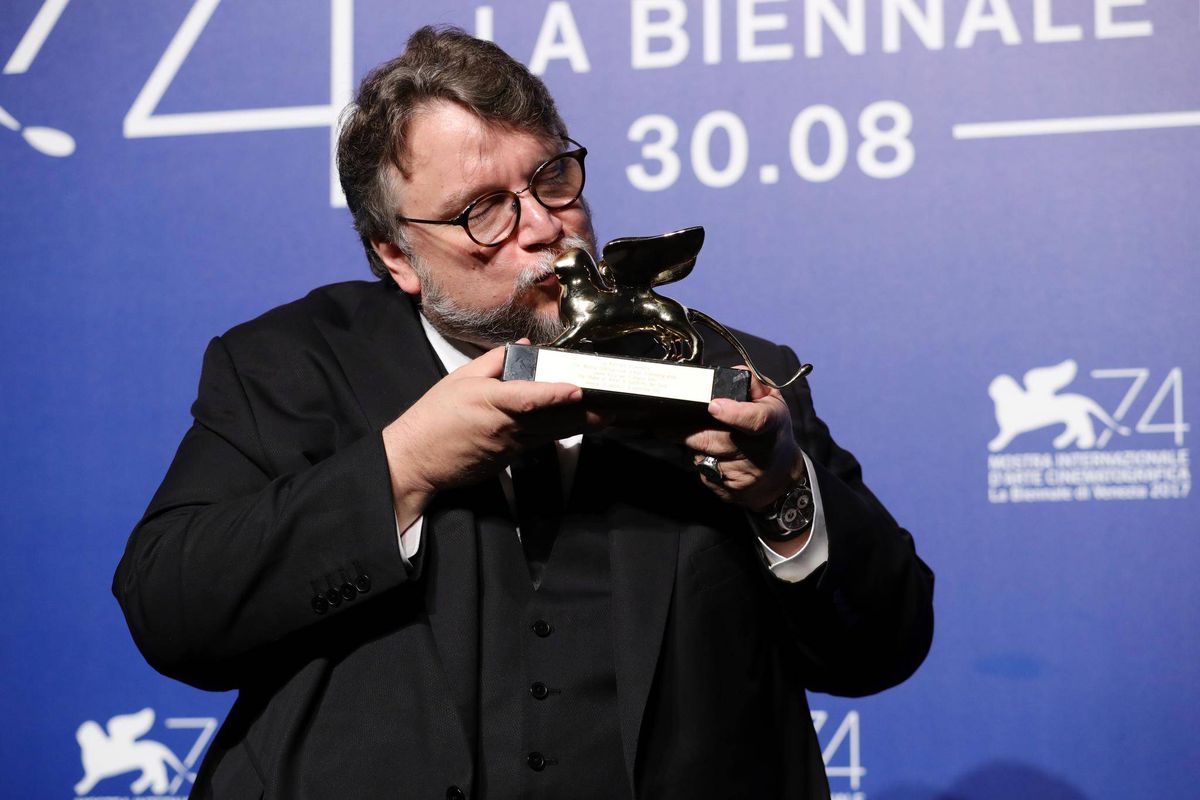 Mexican director Guillermo del Toro’s “The Shape of Water”, a dark fairy tale in which a mute cleaning lady falls in love with an aquatic creature, won the Golden Lion award for best film at the Venice Film Festival on Saturday.

The film beat contenders including George Clooney’s “Suburbicon” and Alexander Payne’s “Downsizing” at the end of a 10-day, high-quality and star-studded movie marathon that critics said showed Venice was now on an equal footing with the widely revered Cannes film festival.

“As a Mexican, I want to say this is a first for a Mexican storyteller so I want to dedicate and give the prize to every young Mexican film-maker or Latin American film-maker that is dreaming to do something in the fantastic genre, as a fairytale, as a parable, and is faced with a lot of people saying it can’t be done. It can,” del Toro said.

Charlotte Rampling received the best actress award for her performance in Italian film “Hannah”, while Palestinian Kamel El Basha took the best actor prize for his role in “The Insult”.

The award ceremony brings down the curtain on the Venice festival, the world’s oldest, which is seen as a launching pad for the industry’s award season.

Movie-makers will be hoping for a replay of the success of films such as musical “La La Land”, clergy sex-abuse drama “Spotlight”, space movie “Gravity” and backstage comedy “Birdman”, which all won Academy Awards after premiering in Venice.

“This is an incredible day for Mexican film, for Mexican storytellers. The three amigos have now conquered the Lido, with Alfonso Cuaron (Gravity) and Alejandro Inarritu (Birdman) both going on to Oscar gold after dominating Venice,” said Ariston Anderson, a film critic at Hollywood Reporter.

“While there’s no sure bet at this stage, there couldn’t be a better start for del Toro’s road to Oscar gold. And it will be very interesting to see what happens in March at the Academy Awards if he can continue the trend of Venice picking Oscar winners,” she said.

The big disappointment of the night was “Three Billboards Outside Ebbing, Missouri,” starring Frances McDormand, which only won the award for best screenplay.

The film, a portrayal of vengeance in small-town America, was acclaimed by critics in Venice as a prime Oscar contender.

For all the quality of the Venice film fest, this year on its 74th edition, critics said there was no clear outstanding movie.

“My thoughts after having viewed the lineup are the same, a lot of strong Oscar contenders but no clear-cut winner, unfortunately, as we had in previous years at the festival,” Anderson said.

Still, she said Venice – which not too long ago was seen as being doomed in the face of strong competition from Cannes and Toronto – had once again shown its appeal.

“Because of recent successes, we’re seeing more big studio films shift over to Venice for their international launches, so it will be interesting to see if this trend will continue over the next few years.”