Facebook Twitter LinkedIn
A committee responsible for the removal of WWII-time landmines from Egypt’s western deserts and coasts is celebrating development achievements at the area.
The Executive Secretariat for the Demining and Development of the North West Coast, a of Planning and International Cooperation Ministry committee, said Thursday it has cleared the region of 94,446 acres of landmines in the region of Al-Alamein since it has started its works in November 2006.
The committee, carrying out a joint project by the Egyptian government, the EU and the UNDP, said the achievement comes at the end of the first stage of its development scheme.
It has also managed to complete three watershed management projects.
The demining and water projects had been financed by the Egyptian government, the UNDP and USAID with LE13.8, as well as 4.7 million euros from the European Union, according to the secretariat.
“A comprehensive database consisting of 761 mine incident survivors has been developed, 259 of which were fitted with artificial limbs, including 29 amputees that were fitted with artificial limbs for a second time,” a statement by the secretariat said. “Furthermore, 17 survivors were provided with wheelchairs and 72 women were supported with skills and micro-credits to start-up income generating projects to enhance their livelihood.”
WWII landmine leftovers contaminated 2,680 square kilometers of land in the northwest coast, which is equivalent to 16 percent of Egypt’s geographic area, according to the secretariat. In 2006, estimated number of casualties was 8,313 (697 killed and 7,616 injured), of which 5,015 were civilians, it says.
Tags
al-alamein landmines Matrouh Northwest coast wwii mines 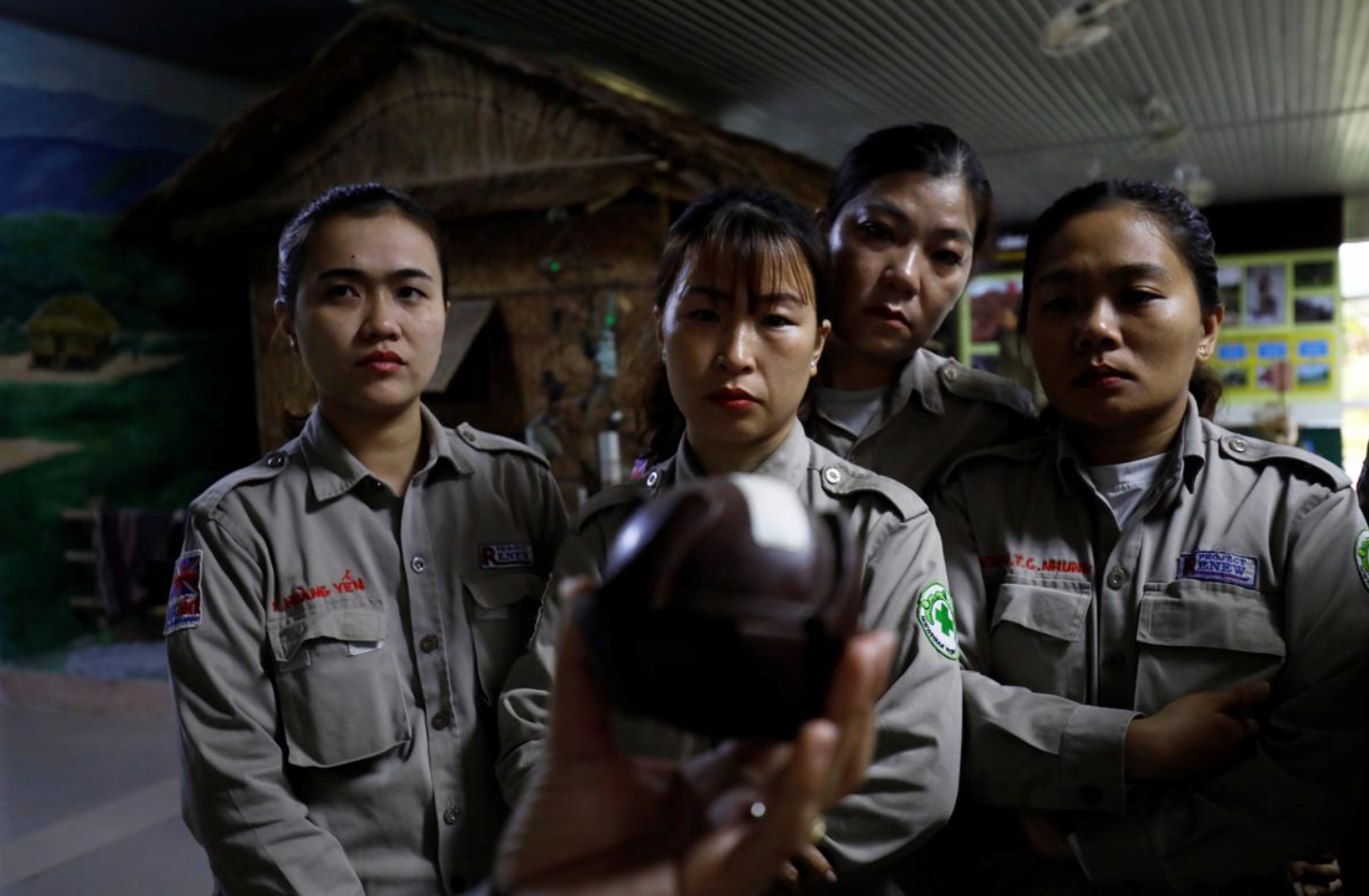 Meet the female squad who clear out Vietnam’s unexploded bombs