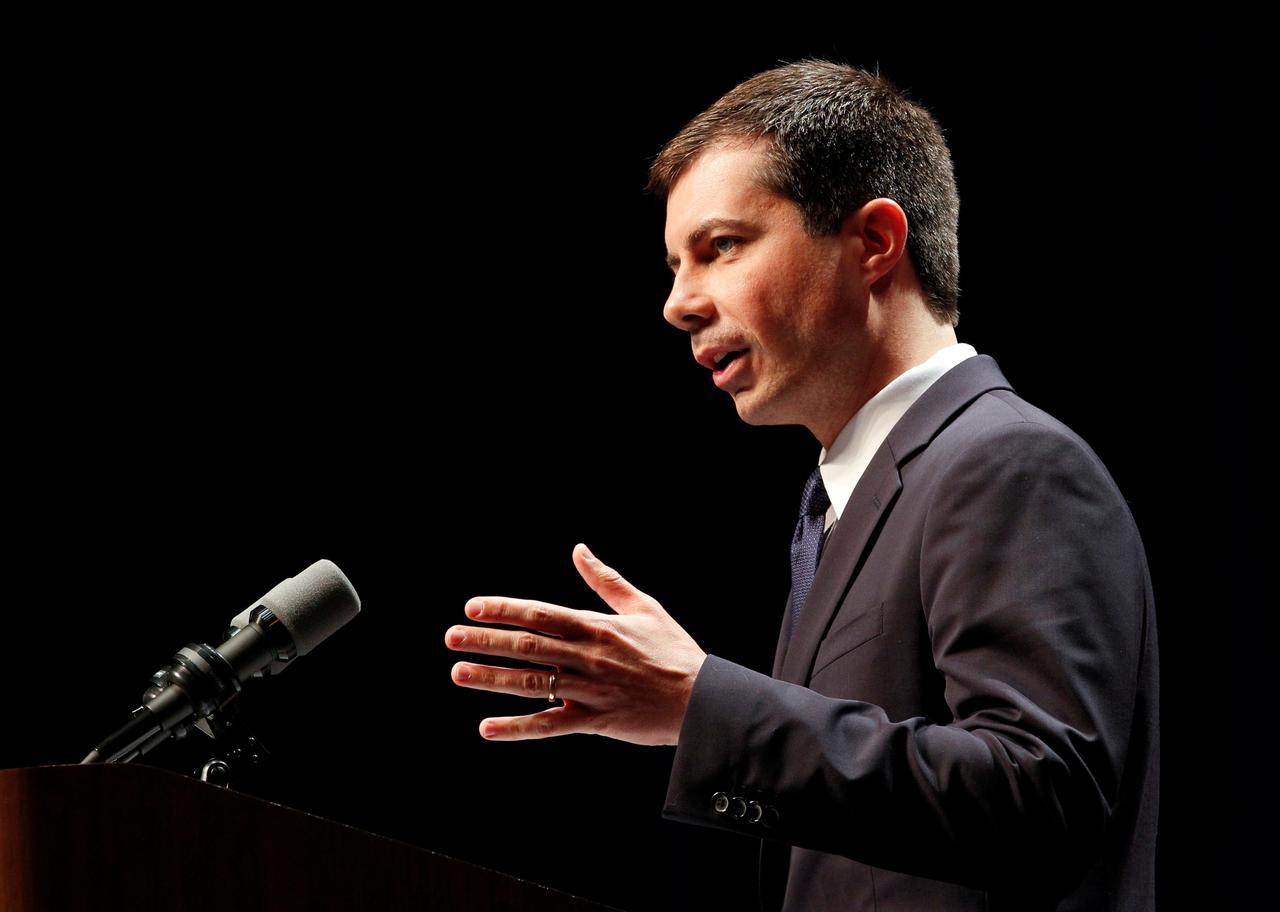 WASHINGTON (Reuters) – Democratic presidential candidate Pete Buttigieg on Tuesday urged a stop to the “endless wars” that followed the Sept. 11, 2001, attacks and vowed to return the United States to the Iran nuclear deal scrapped by Republican President Donald Trump.

Buttigieg, a Navy reservist who was deployed to Afghanistan, opened his first major foreign policy speech with a call for Congress to repeal the military force law that was passed days after Sept. 11 attacks in order to allow military campaigns against al Qaeda and the Taliban militant group in Afghanistan.

“The world needs an America free from entrapment in endless war and prepared to focus on future threats,” Buttigieg said in the speech delivered in Bloomington, Indiana.

Buttigieg is mayor of South Bend, Indiana, and one of three military veterans among more than 20 Democrats running for president in 2020. He has seen his support rise in the large field, polling in the second tier of candidates behind the two front-runners, former US Vice President Joe Biden and US Senator Bernie Sanders of Vermont.

Buttigieg said that under Trump, “the United States hardly has a foreign policy at all” but does have a pattern of emboldening autocrats “while alienating democracies and allies around the globe.”

Buttigieg said the military force law helped ensnare the United States in conflicts where the mission was not clearly defined and that Congress had abdicated its responsibility on waging war.

US involvement in Afghanistan must come to an end, he said, urging Congress to repeal a “blank check” on the use of force.

“We should never again send troops into conflict without a clear definition of their mission and an understanding of what comes after,” said Buttigieg, who at 37 is the youngest candidate in the White House race.

Republicans and Democrats have argued for years that Congress ceded too much authority over the military to the White House after the Sept. 11 attacks. But divisions over how much control they should exert over the Pentagon have stymied repeated efforts to pass a new Authorization for the Use of Military Force.

Buttigieg also vowed to return the United States to the landmark 2015 international Iran nuclear accord under which Tehran would curb its nuclear program in return for relaxation of sanctions that had crippled its economy.

Trump considered it flawed because it did not include curbs on ballistic missiles or regional activity. Buttigieg said the agreement, negotiated by the Obama administration, was in the best interests of US national security.

“Whatever its imperfections, this was perhaps as close to the real ‘art of the deal’ as diplomatic achievements get,” Buttigieg said, referring to the title of a Trump book.

Turkey chafes at US pressure over Russian defenses

Iran warns over 'economic war' waged through US sanctions