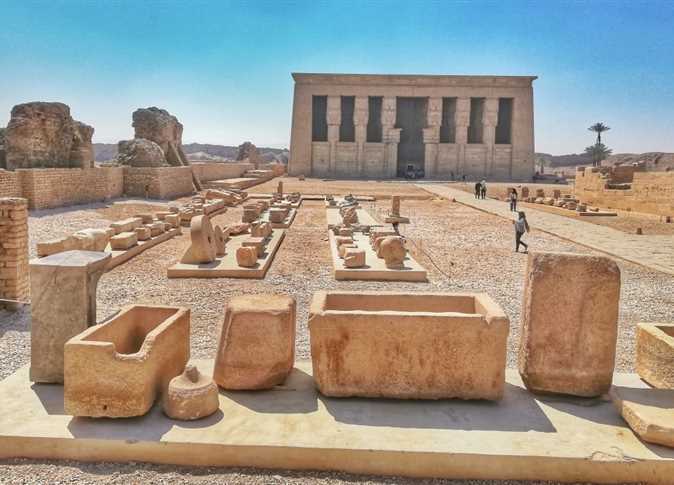 Tourism and Antiquities Minister Khaled al-Anani will inaugurate the Dendera Temple in Qena governorate following the completion of renovation work on Thursday.

The first stage of development for the temple and its surrounding area covers roughly 40,000 square meters, with the temple having been transformed into an open museum in cooperation with France.

Nine stone terraces were built to the left of the temple’s entrance gate, to display statues and artifacts for the gods of love, beauty and motherhood uncovered over the past few years.

The head of the Tourism Marketing Committee in Luxor Governorate Mohamed Othman emphasized that this development project would restore tourism flow to the temple.

Though it dates back 5,000 years, the Dendera Temple still retains the splendor of its colors and inscriptions, Othman said, and includes a rare mural of Queen Cleopatra and her son Caesaron.

Othman said he appreciated Anani’s efforts to push the temple’s development forward and place it on the tourism map again – particularly given how it would contribute to the return of the seven-night Nile cruise between Aswan, Dendera, Abydos and Luxor.

The poor state of the agricultural road connecting the temple to Luxor was why most tourist companies left the temple out of their itineraries, Othman said.

He called for the western desert road to facilitate access to the temple following its restoration.

Othman further urged that the temple be part of promotion programs for Egyptian antiquities locally and abroad.