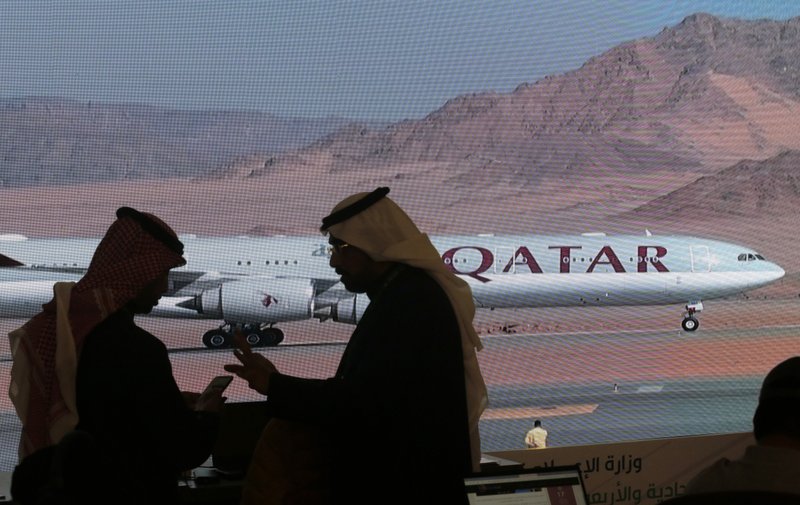 The decision to restart commerce and travel would take effect on Saturday, Foreign Ministry official Khalid Abdullah Belhou was quoted as saying by the UAE’s state-run WAM news agency.

The move comes after Saudi Arabia declared a breakthrough in settling the years-long rift with Qatar during the annual Gulf summit this week, saying the kingdom would restore diplomatic ties and that its allies would follow suit.

Saudi Arabia announced the reopening of its airspace and borders with Qatar earlier this week. National carrier Qatar Airways said it had started to reroute some flights through Saudi airspace, with the first flight cruising over Saudi skies from Doha to Johannesburg, South Africa on Thursday night.

The president of the United Nations’ civil aviation arm, Salvatore Sciacchitano, welcomed the easing of Gulf airspace restrictions on Thursday, saying the resolution would “help assure the important socio-economic benefits of international air connectivity can be better optimized.”

The UAE indicated on Friday that its restoration of full diplomatic relations with Qatar would take longer. Belhou said the federation of seven sheikhdoms is continuing talks to “end all other outstanding issues.” Opposition to Qatar’s support for Islamist groups like the Muslim Brotherhood runs deeper in the UAE than in Saudi Arabia, which is primarily concerned with Qatar’s close ties with regional foe Iran.

Bahrain and Egypt, which had joined the UAE and Saudi Arabia in isolating Doha, have yet to publicly elaborate on their pledges to ease the boycott signed this week in the ancient Saudi desert site of al-Ula.

The four Arab states severed commercial and diplomatic ties with Qatar in 2017, accusing the country of cozying up to Iran and financing extremist groups in the region, charges that Doha denies.

This week’s breakthrough followed a final push by the outgoing Trump administration, which has been seeking to end the dispute that has troubled America’s foreign policy and defense strategy in the region and hampered US attempts to further isolate Iran.

The boycott only pushed Qatar closer to Iran, for instance by forcing Qatar Airways to change routes through Iranian skies. Analysts estimate the move has given the Islamic Republic hundreds of millions of dollars in overflight fees.

The reopening of Saudi and Emirati airspace to Qatar is critical as the country prepares to host the 2022 FIFA World Cup, which is expected to draw over one million foreign soccer fans.