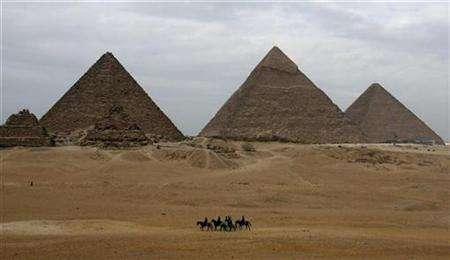 The Egyptian Association for Tourism and Archaeological Development (EATAD) has compiled its official “Seven Wonders of Ancient Egypt”, with the Giza pyramids at the top of the list.

In order, the pyramids were followed by Abu Simbel temple in Aswan, Valley of the Kings in West Luxor, Karnak Temple in Luxor, Qena’s Dandara Temple, King Citi the First’s Temple in historic Abydos, Sohag, and finally, the Tomb of Petosiris in El-Menyia.

In press statements on Thursday, EATAD President Ayman Abu Zeid told press that the list was chosen by the board and a team of tourism and antiquities experts. Moreover, a questionnaire was distributed to tourist groups and foreign travel agents, sourcing their opinions on the artistic and architectural value of each monument, as well as its rare qualities.

Abu Zeid further outlined the criteria for a wonder to be listed. Each had to represent an architectural and artistic feat, and retain its most valuable architectural components to this day. In addition, he stressed that each wonder needed to be complemented by “an amazing story”.

The list will be “updated on an annual basis” to reflect the newest archaeological finds in Egypt.

Egyptian monuments and Pharaonic temples have long captured the world. The Great Pyramids are the only remaining structure of the Seven Wonders of the Ancient World. The Lighthouse of Alexandria was also chosen as one of the wonders, athough it collapsed in 1323 due to an earthquake.

Egypt has attempted to boost its tourism after the sector took a tumble following the 2011 revolution. Its efforts to boost its image have included international stars to visit Egypt such as Lionel Messi and Cristiano Ronaldo.