Egypt has appointed a new commander of the Egyptian Air Force Mohamed Abbas Helmy on Thursday, according the official website of Egypt’s Defence Ministry.

Helmy, 56, succeeded Younis al-Masry, who has been newly appointed civil aviation minister in the new Cabinet headed by Prime Minister Mostafa Madbouly. Younis has been in command of the Egyptian Air Force since 2012.

He also received several medals including the Medal of Distinguished Service, which is granted to army personnel who stay in military service for 30 years, in addition to the Golden Medal of Military Duty, the 25 April 1982 Medal, the Gold Jubilee Medal of the Revolution of 23 July 1952, the Silver Jubilee Medal of October 1973, the Medal of Long Service, the Medal of Good Example, Medal of Sinai Liberation, the January 25 Medal, June 30 Medal and others. 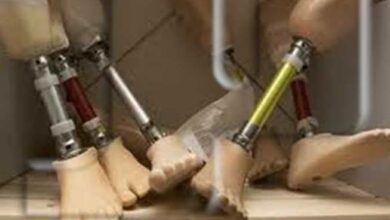 Air Force official says US to maintain presence in Mideast