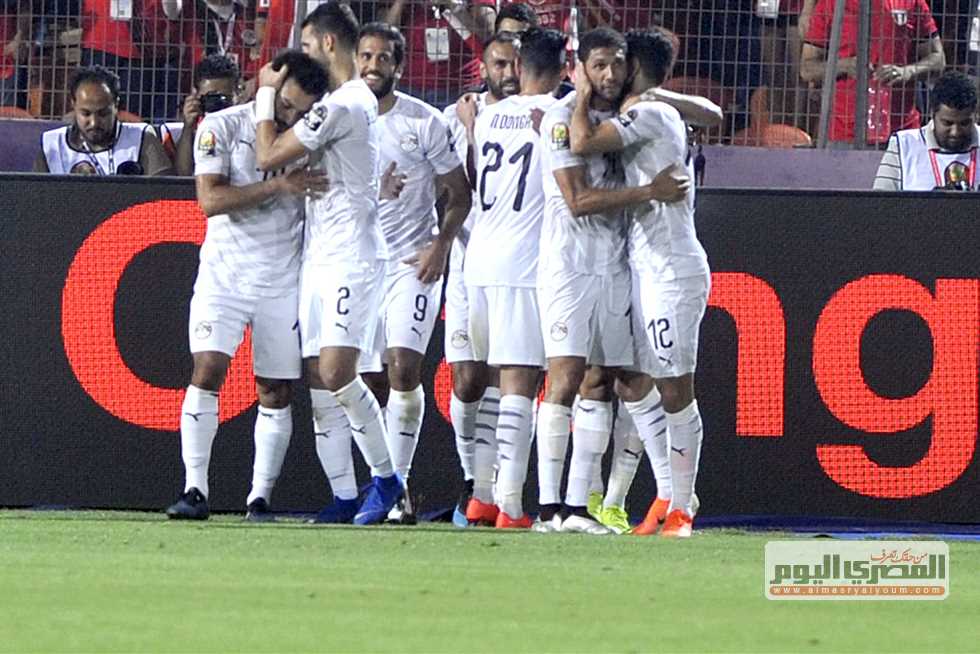 They led the Pharaohs to a 2-0 win against Uganda on Sunday in the last game of the group stage for the two teams.

The Egyptian team showed its superiority in group A with three wins across three matches, scoring nine points. Egypt is expected to play against the best third finishers from any of groups C, D, or E on Saturday.

On the other hand, the Ugandan team finished second in group A, securing a place in the knockout stage as runner-up to Egypt.

During AFCON 2019, Uganda will progress to the knockout stage of the competition for the first time in 41 years, having last done so in 1978 when they were runners-up.

In round 16, the Ugandan national team will play against the second-place team from group C on Friday at Cairo Stadium.

Egypt won the game, but this result doesn’t reflect the events of the match. The Ugandans were the better side during the match, but their players wasted opportunities to score throughout. The Ugandan team also faced a remarkable performance by the Egyptian goalkeeper Mohamed El Shenawi, and the match ultimately ended in favor of the Egyptians.

Salah scored with a free-kick during the 36th minute, and Aston Villa defender Ahmed Elmohamady doubled the Pharaohs’ lead at the close of the match’s first half. They both scored during Egypt’s previous game against DR Congo.

With this result, the Egyptian team continued to outperform their Ugandan counterpart in their direct encounters during the AFCON following Egyptian wins at all five confrontations of the continental competition in the past.