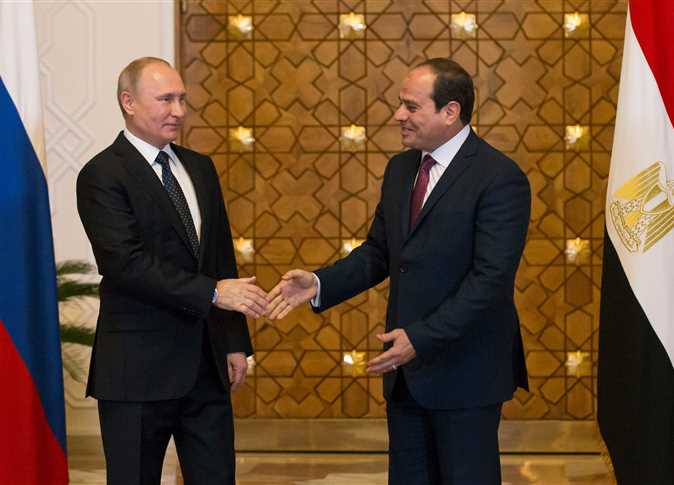 In Monday’s meeting in Cairo between Egyptian President Abdel Fattah al-Sisi and his Russian counterpart Vladimir Putin, Egypt and Russia signed a contract which commences the construction of the Dabaa nuclear power plant in Marsa Matrouh.

“I just came from Syria,” Putin told Sisi, “I would like to inform you about details of my talks with the Assad, in addition to details of our agreements with Turkey and Iran concerning the upcoming steps related to the political settlement [of the Syrian war],” he said, according to RT.

“We have many good projects including the construction of the Dabaa nuclear power plant,” he added.

Sisi welcomed Putin’s visit to Egypt, emphasizing that his country is eager to develop cooperation with Russia, after they reached a preliminary agreement in November to allow use of one another’s airspace and air bases.

The two presidents are set to discuss the highly anticipated resumption of Russian passenger flights to Egypt, said the spokesperson for the Russian presidency, Dmitry Peskov, on Monday.

Russian flights to Egypt have been suspended since 2015, when a Russian jet crashed over Sinai, killing everyone on board – in an incident which was claimed by the Islamic State group. The suspension has severely harmed Egypt’s tourism economy.

Egyptian-Russian 2017 military relations: a new return to the 1960s alliance