Egypt's first veiled newsreader on state television has drawn support from many viewers for ending an unwritten rule under ousted Hosni Mubarak that kept covered women out of the top job, although some fretted it could herald social restrictions.

Fatma Nabil appeared on television on Sunday evening wearing make-up, a smart black jacket and a beige hijab covering her hair, the same kind of covering most women wear in Egypt but never seen on a news anchor on state TV.

"The appearance of a veiled presenter on Egyptian television for the first time is a victory for freedoms and does not diminish [freedoms] as some imagine. Is barring a veiled woman from presenting a program freedom?" asked Samih Toukan, posting a note on the subject on al-Bawaba website.

Although some female talk show hosts on the state broadcaster have worn the hijab, Mubarak's more secular-minded authorities kept veiled women out of the prominent news presenting role on television, seen as the face of the nation.

"This is a case of personal freedom. There is no problem," said Khaled Atef, a bank employee speaking on a busy Cairo street, adding it should not be considered a political gesture.

After Mohamed Morsy won the presidential election and his Muslim Brotherhood dominated the parliamentary poll, some liberals and minority Christians have voiced worries that religious codes could be imposed to restrict their freedoms.

Morsy, who like many members of the Brotherhood was jailed under Mubarak, dismisses such worries, saying he represents everyone.

But some critics said the latest move on state television meant the Brotherhood was gradually extending its influence over society. "No to the ‘Ikhwanization’ of the news," wrote commentator Loai El Ashry on the website of the independent daily Al-Masry al-Youm, referring to the name of the group in Arabic.

Another man, who only called himself "Oppressed Muslim," wrote on the state broadcaster's website EgyNews, "I am oppressed by the actions of the Brotherhood, who want all of Egypt to become the Brotherhood as if we are not Muslims and will only become so in their presence."

Morsy has been criticized for seeking to muzzle the press. Two journalists face trial for insulting the president and the Brotherhood-dominated upper house of parliament has picked new editors for top state newspapers, a common practice under Mubarak that activists said should have stopped under Morsy.

Morsy's aides dismiss the criticism, pointing to his frequently voiced commitment to free speech and his decision to pass a law to end the pre-trial detention of people facing press-related charges.

Some Egyptians, such as journalist Rawya Rageh writing on Twitter, welcomed the reversal of a restriction on veiled women but said the debate about change should go much deeper.

Shahira Amin, a news anchor on state-run Nile TV, who does not wear the veil, said it had long been an unwritten rule to bar women wearing the hijab from the news presenter's role.

"The long unfair discrimination against veiled women has been removed after the revolution, as they were the ones discriminated against, not us," she told Reuters. 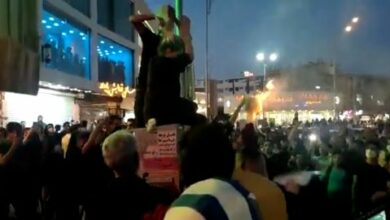