Facebook Twitter LinkedIn
Egypt's Petroleum Minister Tarek El Molla said on Thursday his country was seeking to reach an agreement with Iraq over importing crude oil directly and that he hoped to finalise the deal by the first quarter of 2017.
El Molla told reporters on the sidelines of a meeting of the Organization of Arab Petroleum Exporting Countries (OAPEC) that Egypt aims to import between 1 million and 2 million barrels per month from Iraq.
The move follows Saudi Arabia informing Egypt in last month that shipments of oil products expected under a $23 billion aid deal had been halted indefinitely.
"We are seeking to directly import crude oil from Iraq. We already use Iraqi oil but we get it from international markets but we hope to have a direct government to government agreement," El Molla said.
Egypt has gone from exporting energy to being a net energy importer as domestic output has failed to keep pace with rising demand. The government is seeking alternative solutions to help the country cope.
Gulf Arab countries, led by Saudi Arabia, have pumped billions of dollars into Egypt's flagging economy since general-turned-president Abdel Fattah al-Sisi took over after a year of divisive rule by the Muslim Brotherhood.
But Riyadh has become frustrated with his lack of economic reforms and reluctance to be drawn into the conflict in Yemen, leaving Egypt to search for alternative sources of energy.
Tags
crude oil egypt oil imports Egypt's energy sector iraq oil Saudi Aramco 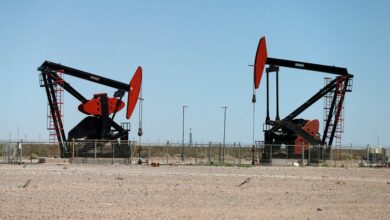