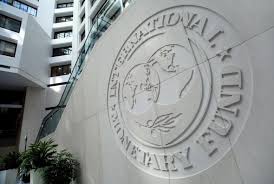 Egypt has made a “good start” to its reform programme despite seeking waivers for missing targets in June and a deeper-than-expected currency depreciation, the International Monetary Fund said on Tuesday.

It should get its $2 billion (1.49 billion pounds) IMF loan payment after the year-end review, the Fund said, but inflation — running at just under 32 percent in August — remains the key risk for stability.

Egypt agreed a three-year, $12 billion IMF loan programme in November that is tied to sweeping reforms such as spending cuts and tax hikes.

They are designed to help revive an economy hard hit by a shortage of foreign currency and investment in the turmoil that followed its 2011 uprising.

In a review since the deal, the IMF said Egypt should receive a third loan installment of around $2 billion after a second check of progress at the end of this year, but indicators pointed to progress and consolidated economic growth.

“Stabilization is already gaining a foothold, and we have seen positive trends,” Subir Lall, IMF mission chief for Egypt, Middle East and Central Asia, said in an online briefing.

“This is a very ambitious programme. It takes time to work, but it’s well-calibrated and over the course of this economic programme of three years, we should definitely be seeing the payoff.”

The IMF has already approved $4 billion in loan installments, most recently releasing $1.25 billion for Egypt.

Inflation, however, reached three-decade highs in July after fuel price hikes under the IMF deal. It has since dipped a bit although high costs have hit many Egyptians hard in the import-dependent state. Since the Egyptian pound was floated last year, the currency has roughly halved in value.

Annual urban consumer price inflation dipped to 31.9 percent year-on-year in August from 33.0 percent in July, according to the official CAPMAS statistics agency. Core inflation, which strips out volatile items like food, decreased to 34.86 percent from 35.26 percent, according to the central bank.

The finance minister last week gave a more cautious outlook saying he expects inflation to drop below 15 percent by the end of the 2017-2018 fiscal year.

“The inflation target of 10 percent by June 2018 seems optimistic. We agree more with the (Central Bank of Egypt‘s) target of 13 percent (+/-3 percent) by the end of 2018,” said Radwa El Swaify, head of research at Pharos Securities Brokerage in Cairo.

Foreign currency shortages hampered the country’s ability to purchase abroad, creating a black market and slowing economic growth. But foreign reserves have been recovering since the currency float, rising to $36.14 billion by the end of August. They rose $4.73 billion between June and July alone.

“Market confidence is returning and capital flows are increasing. These augur well for future growth. The authorities’ immediate priority is to reduce inflation, which poses a risk to macroeconomic stability,” the IMF said.

It said it had agreed to a request for a waiver after Egypt missed primary fiscal balance and fuel subsidy bill requirements for end-June. The waiver was granted in part because of planned strong fiscal adjustments in the next two years.

The IMF said the country’s current account deficit was seen narrowing to 4.6 percent of GDP in 2017/18 fiscal year and to 3.8 percent in 2018/19. It said it primary fiscal deficit seen at 1.8 percent of GDP, exceeding the programme target of 1 percent.