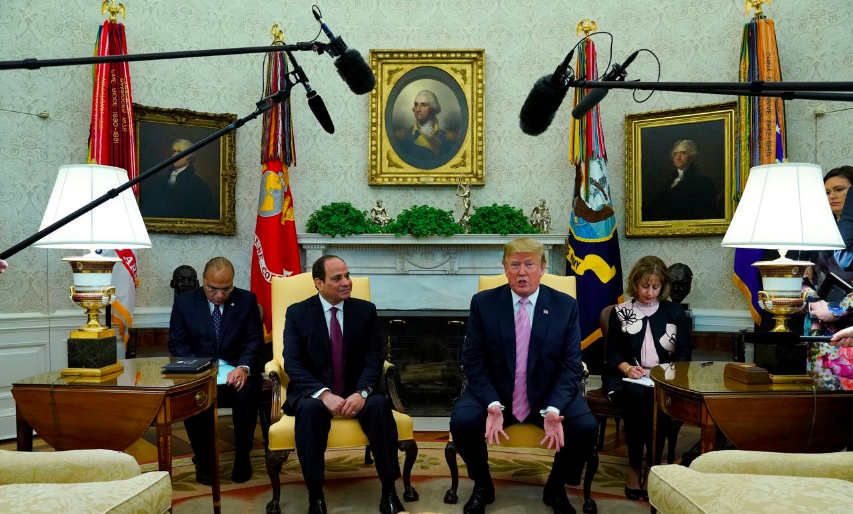 Egypt has pulled out of the US effort to forge an “Arab NATO” with key Arab allies, according to four sources familiar with the decision, in a blow to the Trump administration’s strategy to contain Iranian power.

Egypt conveyed its decision to the United States and other participants in the proposed Middle East Security Alliance, or MESA, ahead of a meeting held Sunday in Riyadh, the Saudi capital, one source said.

Cairo did not send a delegation to the meeting, the latest gathering held to advance the US-led effort to bind Sunni Muslim Arab allies into a security, political and economic pact to counter Shi’ite Iran, the source said.

Egypt withdrew because it doubted the seriousness of the initiative, had yet to see a formal blueprint laying it out, and because of the danger that the plan would increase tensions with Iran, said an Arab source who, like the others, spoke on condition of anonymity.

Uncertainty about whether US President Donald Trump will win a second term next year and whether a successor may ditch the initiative also contributed to the Egyptian decision, the Arab source said.

“It’s not moving well,” a Saudi source said of the initiative.

The initiative, which Saudi Arabia first proposed in 2017, also is aimed at limiting the growing regional influence of Russia and China, according to a classified White House document reviewed by Reuters last year.

The Egyptian Embassy in Washington and the White House did not respond immediately to requests for comment.

In addition to the United States and Saudi Arabia, the MESA participants include the United Arab Emirates, Kuwait, Bahrain, Qatar, Oman and Jordan.

Two days after the Riyadh meeting, Egypt President Abdel Fattah al-Sisi visited Washington for talks with Trump. Before the meeting, Trump said they would talk about security issues, but it was not clear whether they discussed MESA issue.

Two sources said the countries remaining in MESA were moving ahead with the initiative and would press Egypt diplomatically to revoke its withdrawal, with one saying that the decision did not appear to be final.

“We all want them back,” said the other source.

The Arab source, however, said Cairo could not be convinced to return.

The withdrawal of Egypt, which has the Arab world’s largest military, is the latest setback to the MESA initiative, informally referred to as the “Arab NATO.”

The plan already was complicated by international outrage over the October 2018 murder of Saudi journalist Jamal Khashoggi in the Saudi consulate in Istanbul, which Turkish officials and some U.S. lawmakers have accused Saudi Crown Prince Mohammed bin Salman of ordering. Riyadh denies the allegation against Salman.

Other obstacles have been feuds among the Arab allies, especially a Saudi-led economic and political boycott of Qatar.

The problems have forced several postponements of a summit meeting in the United States at which a preliminary accord on the alliance would be signed.

John Bolton, Trump’s national security adviser, has been a key proponent of the MESA plan and an architect of the administration’s strategy for containing Iran, according to U.S. officials.