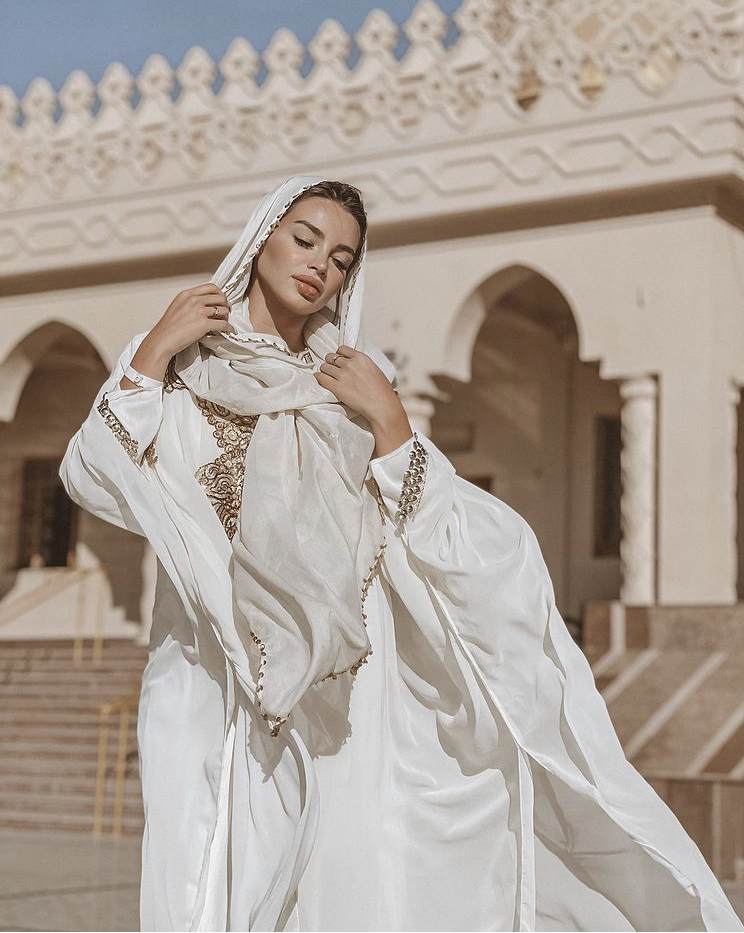 Instagram and Facebook photos of bellydancer Johara in wearing a hijab and a white cloak and standing in front of the square of the al-Mina Mosque in Hurghada sparked controversy on Wednesday.

Al-Mina mosque is the largest and most famous of the Red Sea mosques.

The dancer received support and criticism for the photos taken in front of the mosque, which is the largest and most famous of the Red Sea mosques.

“Visiting al-Mina Mosque is part of Hurghada city tours that are organized for tourists to visit Islamic architecture and understand the teachings of Islam. This includes mosques and churches. [Visitors should be] wearing [covers] to enter the mosque,” Bashar Abu Talib, the head of the tour guide union in Hurghada, said.

Endowment Ministry officials commented, saying the photos were not taken in the mosque, but in the outer yard. Tourists are advised against engaging in inappropriate behavior, they added.

Officials said that the mosque supplies dozens of covers for women to wear during visits.