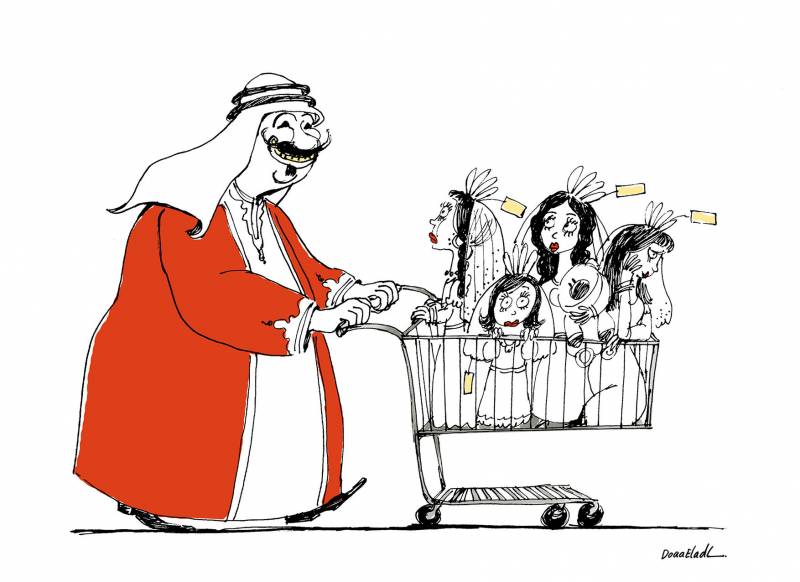 Egypt’s Administrative Prosecution ordered on Sunday the referral of a Mazoun, (a Muslim cleric who authorizes marriages) in the city of Mahalla to urgent trial for his involvement in the marriage of 27 minor girls, state run newspaper Al-Ahram reported.

Since 2008 it has been illegal to register a marriage in Egypt in which either party is under the age of 18. Earlier this month, the head of Egypt’s National Women’s Council, Maya Morsi, called upon parliament to raise the legal age to 21.

Despite international agreements and national laws, underage marriage is common worldwide and affects millions of girls, both physically and psychologically.

In Egypt, nearly 36 percent of marriages in remote areas and southern Egypt include a partner under the age of 18, according to studies by the National Council for Women.

Poverty plays a central role in the prevalence of child brides. Parents want to ensure their daughters’ financial security; so they send them off to be married to ease the family’s economic burdens, curtailing their freedom and depriving them off their fundamental rights to health, education and safety.

In a recent speech, President Abdel Fattah al-Sisi said he wanted to shed light on the practice of marrying off underage girls, in some cases as young as 12, which is illegal under Egyptian law.

Sisi used the opportunity to call on Egyptian parents to stop underage marriage, adding that some of the girls have already become divorcees.

There are several ongoing campaigns calling upon parliament to further combat child marriage.