STOCKHOLM — A former Egyptian terror suspect who was deported from Sweden to his homeland by CIA agents in 2001 has been granted permanent residency in the Nordic country, an immigration official said Wednesday.

Ribbenvik declined to give details, but said his department "has deep confidence in SAPO's knowledge and opinion."

In 2001, Agiza and fellow Egyptian Mohamed Alzery were handed over to US agents at Bromma Airport in Stockholm and taken to Egypt. Their capture was part of a widely criticized program during the Bush administration, which flew alleged terrorists to countries that allowed harsh interrogation techniques.

Alzery was released in 2003 without facing a trial. Agiza was convicted of planning to overthrow the Egyptian government and sentenced to 15 years in prison but was freed by Egyptian authorities last year after longtime leader Hosni Mubarak was overthrown.

Both suspects have claimed that they were tortured during their time in Egyptian captivity.

The Swedish government has acknowledged blame for the circumstances surrounding the deportation and that the men were subjected to torture in Egypt. It has awarded them 3 million kronor (US$433,000) each in compensation.

Agiza, whose wife is a Swedish citizen, is currently in Egypt and has been told about the decision.

"I've spoken to his wife, and she's overjoyed with the decision," Ribbenvik said. 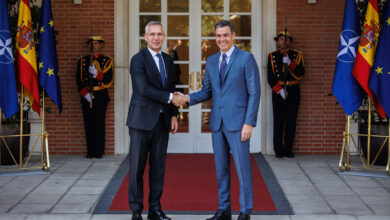