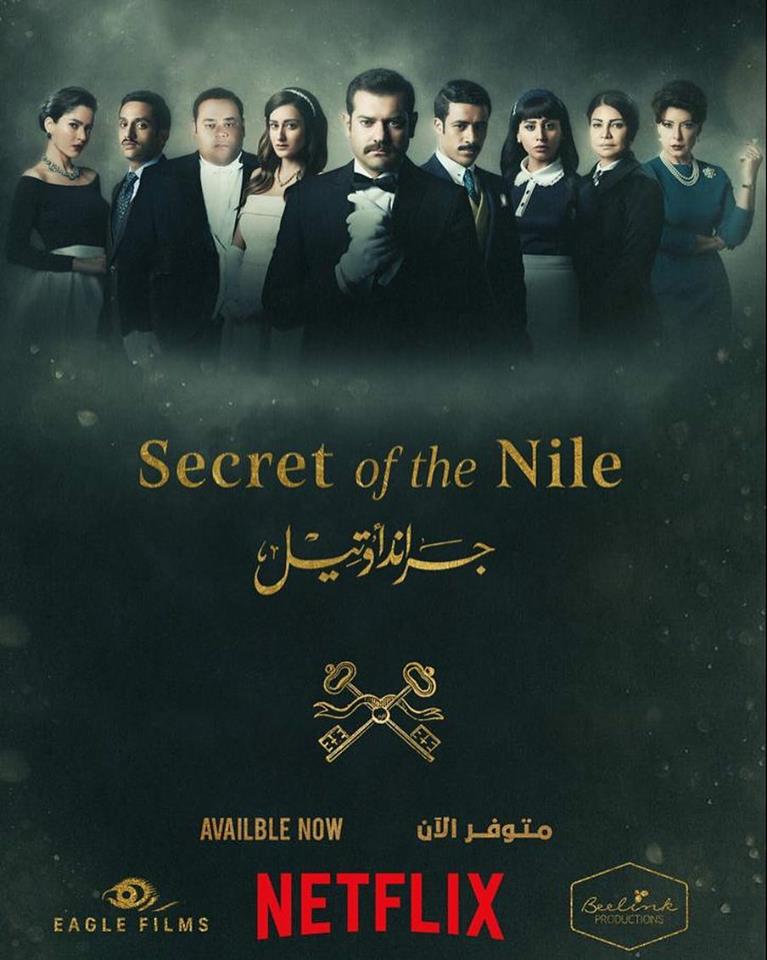 Grand Hotel, one of the most beloved dramas aired during Ramadan in 2016, will now be airing on streaming service Netflix, representing the very first Egyptian series to be featured on the world’s leading online entertainment platform.

However, Netflix has changed the name of the show to ‘The Secret of the Nile’. It comes as a part of Netflix plans to increase its Arabic-spoken content. Just two weeks ago, Netflix began streaming its first Middle Eastern stand-up comedy show, Adel Karam: Live from Beirut.

“I’m so happy and proud of hearing this news, I would like to thank all the series crew, as unless their big effort the drama would not have looked that honorable and professional,” Amr Youssef, the leading actor of Grand Hotel posted on his official Facebook page. Youssef then thanked his fans who supported the series.

The series gained wide popularity during the 2016 Ramadan season, perhaps especially due to the elegance of the 1950s era which was portrayed in the show.

The series, which was filmed in the Old Cataract Hotel in Aswan, is a gripping tale of love and crime built around the family that owns the Grand Hotel. The story begins when Ali (played by Amr Youssef) drops by the hotel to search for his sister who works there. Ali falls in love with Nazly, a daughter in the hotelier family, then finds himself party to a secret that may threaten the hotel’s ownership.

In February, Netflix unveiled ‘Jinn’, its first Arabic original series that will feature Middle Eastern talents, and will be filmed in Jordan later this year.

In December 2017, Netflix said that it will participate in the production of Egyptian films, TV dramas and stand-up comedy specials, increasing its investments in the Egyptian market to US$8 billion in 2018, compared to US$6 billion in 2017.

Netflix spokeswoman for the Middle East and North Africa Laila Guillani Layard said, “Egypt has a historic heritage in the industry of movies.”

Disney is buying most of 21st Century Fox for $52.4 billion