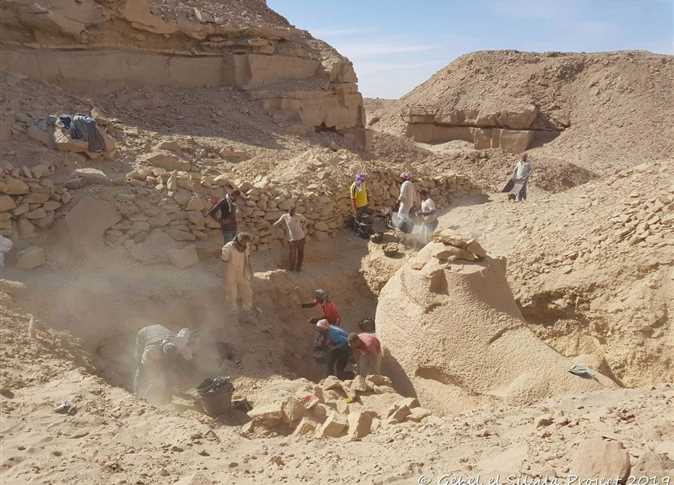 The Egyptian-Swedish Archaeological mission unearthed on Monday a workshop for manufacturing pharaonic columns, statues and cabinets, dating to the New Kingdom period of ancient Egypt between the 16th century BC and the 11th century BC.

Secretary General of the Supreme Council for Antiquities Mustafa Waziri said that the mission found a huge criosphinx statue with a ram head and a lion body at a length of 5 meters and a width of 1.5 meters.

The statue was built in a similar design as the criosphinx statue located at the nearby Khonsu Temple in Luxor, which date to King Amenhotep III of the 18th dynasty.

The Egyptian mission uncovered a new pharaonic tomb in August 2018 in Luxor, dating back to the Ramesside Period in the 13th century BC, which contained two mummies and some colored mural scenes.