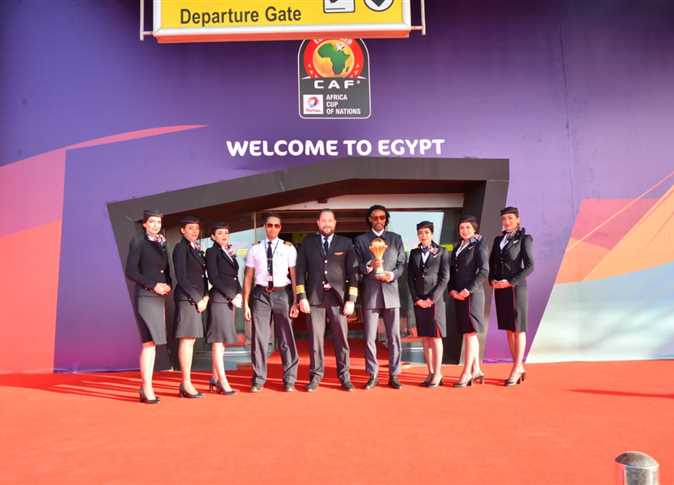 Egypt’s Ministry of Civil Aviation held several meetings with the Ministries of Youth and Sports, Foreign Affairs, Interior, Health and Tourism to discuss the final preparations for the 2019 African Cup of Nations in June.

Minister of Civil Aviation Younes al-Masry said that lounge four at the Cairo International Airport was ready to receive the African Cup of Nations delegates.

He also asked for cooperation between public relations, air operations, security, land services and maintenance departments at Cairo International Airport and EgyptAir companies to provide their support and services to all participating teams.

Meanwhile, the Egypt Air Company has adopted various campaigns for the competition of 2019 African Cup of Nations and placed the competition’s motto on on the company fleet,  EgyptAir staff uniform, plane seats and airport buses.

The company also published the Horus Magazine in June to give out information on the competition, distributing the magazine on airplanes.

Egypt won the bid to host the 2019 Africa Cup of Nations by obtaining 16 votes against one vote, which went to South Africa, after the CAF had withdrawn the tournament from Cameroon last November because of the delay in the completion of infrastructure and sports facilities, in addition to concerns about the security situation.

EFA contracts with insurance company for Africa Cup of Nations