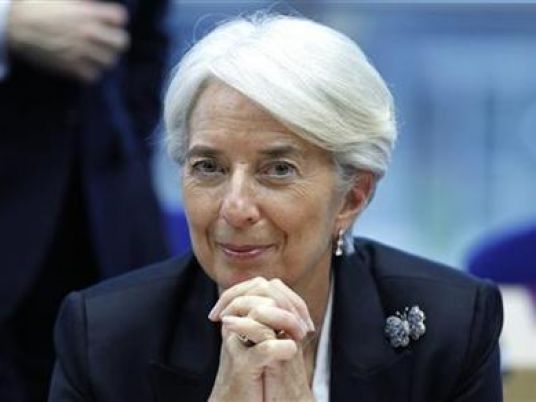 The International Monetary Fund (IMF) expects economic growth in Egypt to reach 5.2 percent in 2018 and 5.5 percent in 2019, according to its new World Economic Outlook report.

The report moreover forecasts growth to reach as much as 6 percent by 2023, reflecting the rise in domestic demand and the impact of recent economic reforms which is now harvesting their fruits. The IMF also predicts a decline in Egypt’s unemployment rate to 11.1 percent in 2018 and 9.7 percent in 2019 compared to 12.2 percent in 2017.

Earlier this week, Egyptian Minister of Finance Amr el-Garhy revealed that the government’s IMF-sponsored economic reform program has yielded results, saying it helped decrease the unemployment rate by 2.3 percentage points in the past three years.

The IMF also expects inflation rates in Egypt to fall to 13 percent in 2019 compared to 20.1 percent during the current fiscal year. Egypt’s official statistics body the

Central Agency for Public Mobilization and Statistics (CAPMAS) reported that the annual urban consumer price inflation fell by 1.1 percent in March compared to February this year.

In late 2016, Egypt adopted a wide-ranging IMF-supported reform program aimed to reinvigorate the country’s ailing economy after years of social and political instability following a 2011 uprising that toppled long-time autocrat Hosni Mubarak. As part of the reforms, Egypt devalued its pound currency, which resulted in it losing half of its value overnight, which in turn led to prices on basic consumer goods such as sugar, bread and oil to skyrocket.

Despite the economic reforms that hit the country’s poor the hardest, public expressions of dissatisfaction with the government’s policies have largely been absent, which critics claim is due to a crackdown on dissent carried out by Egyptian authorities.