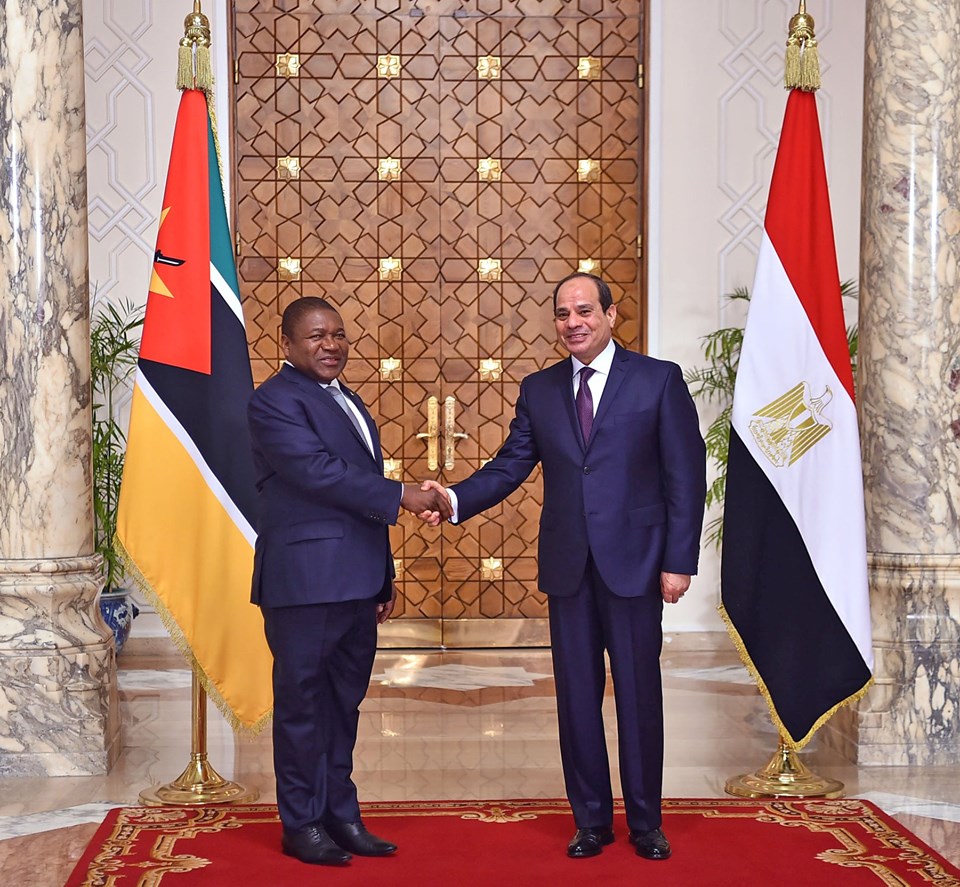 During a joint press conference with his Mozambican counterpart, President Sisi expressed condolences to the Mozambican government and people in the hurricanes that hit the country, and stressed Egypt’s full support for reconstruction of the affected areas.

Spokesperson for the Egyptian Presidency Bassam Rady said that Sisi also expressed Egypt’s appreciation for strong, historic relations with Mozambique, pointing out the aspiration to strengthen the bilateral relations between the two countries, activate cooperation frameworks in all fields and continue providing various support towards Mozambique.

Nyusi on his end expressed happiness with the visit, the first of the Mozambican President to Egypt, and his attendance of the opening of the African Cup of Nations hosted by Egypt.

He praised the opening ceremony and Egypt’s capabilities, which are the best representation of the African continent.

Nyusi also noted his country’s great appreciation for Egypt and its pride in the historical relations between the two countries and the support provided by Egypt to Mozambique, stressing Mozambique’s keenness to develop relations.

Rady added that it was agreed during the talks to develop economic relations and support economic development efforts in Mozambique, especially in the fields of infrastructure development through the expertise of Egyptian companies in this field, as well as the development of cooperation in the sectors of agriculture, fish farming, health, communications and transportation.

Nyusi invited Sisi to visit Mozambique, and the two presidents held a joint press conference witnessing the signing of a number of memorandums of understanding between the two countries in the areas of political consultation, agricultural cooperation and food security.

Sisi arrives in Bucharest to meet with Romanian President